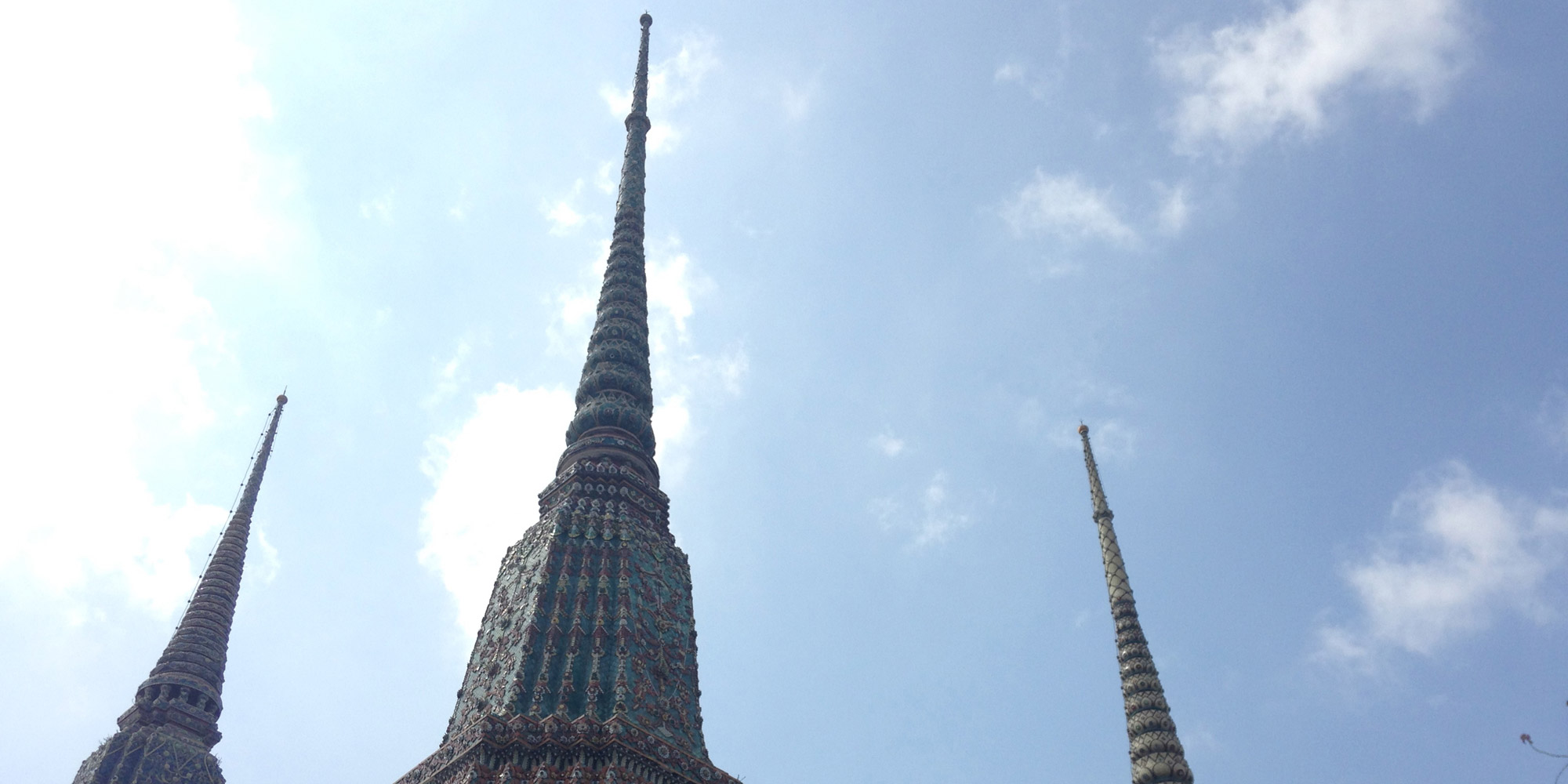 I had spent too long in India. Upon arriving in Bangkok I expected it to be of about the same quality as an Indian city. Boy was I wrong. Thailand is SO much nicer than India I can't even begin to describe. Actually I could, apart from the lack of westerners (though compared to India there are TONS) Bangkok is comparable to a tropical American city. There were convenience stores (not just shacks) and you don't have to haggle at all! (Apart from taxi drivers). The streets are clean and the people are extremely nice (and not just so they can scam you!). All this comes at a price: literally, stuff is about twice as much as it is in India (though still way cheap by US standards).

The whole time I stayed in a wonderful hostel called Shanti Lodge that cost me $12 a night for a single room (that was totally nice). The whole hostel is basically an outdoors space and has a decidedly Hawaiian vibe (not that I've ever been to Hawaii). My first night I made a few friends and they took me out to eat a delicious grilled fish and drink some beers (the first time I drank more than 2 drinks in a single night since I left for this trip). I spent the whole night telling them how glad I was to not be in India anymore (and to just complain about India in general).

I was only in Bangkok for 3 nights as I did very little cultural stuff while I was there (apart from taking a water bus to see Wat Pho, a big Buddhist temple)(side note: there's a big river in Bangkok and they have big boats that essentially act as busses. They are cheap and fun.) 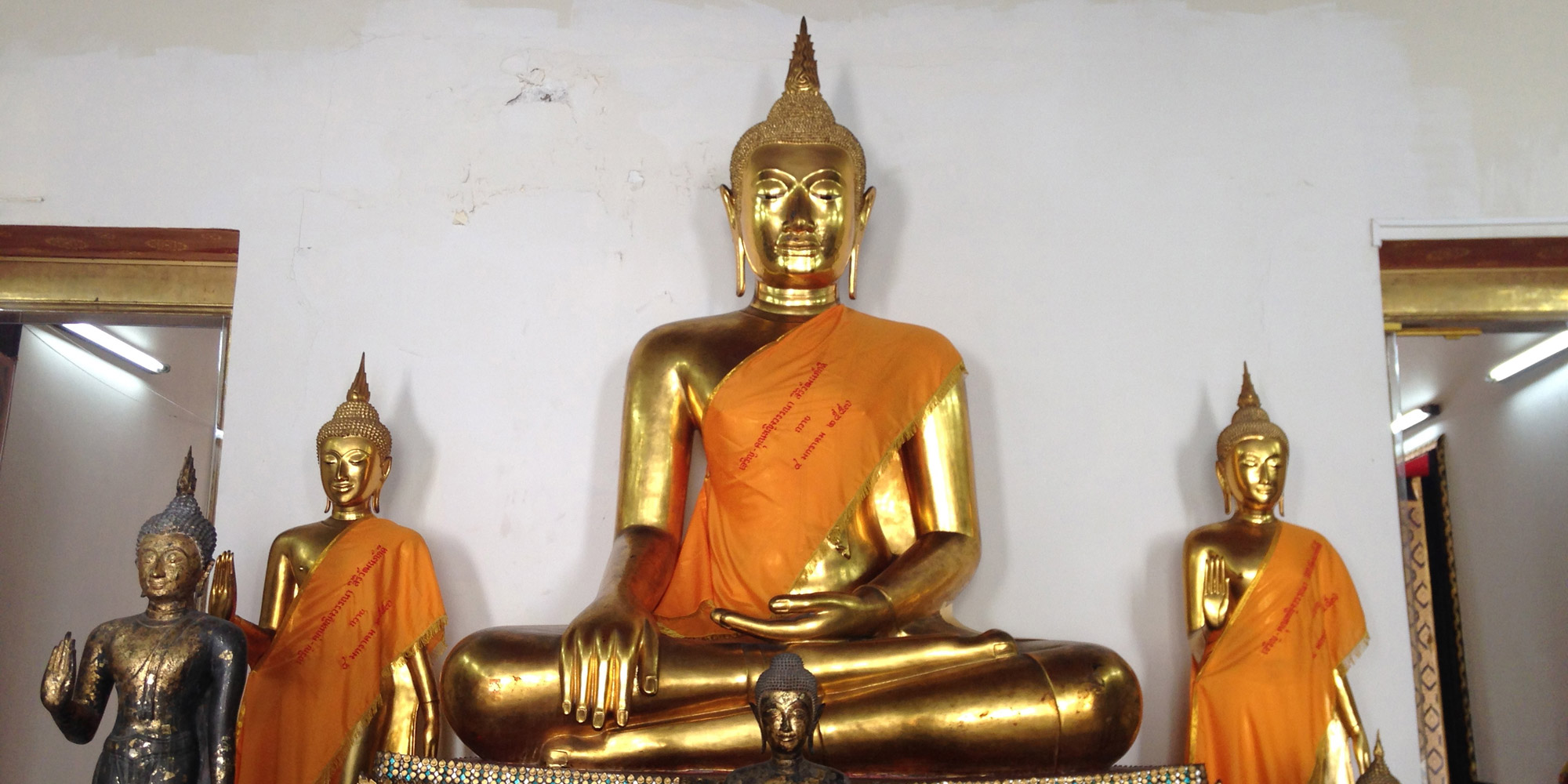 I found a store that would darn my jeans, so I spent half a day doing that (and the same the next day to pick them up). This is ironic of course because bangkok is by far the warmest place I've visited yet. It gets up to above 90 every day; much too hot for jeans.

Each of these days after I went to the jeans-fixer I found a street food cart that sells noodle soup for about $1 and let me tell you, it is SO GOOD. Forget any Thai food you've had in the US; I never particularly like it; I find it boring and identical to the Thai I've had at other places. Street food in Bangkok is beyond delicious: I also ate Pad Thai (sooo much better than the US counterpart that there's really no comparison), meat on a stick (Satay), fresh coconut water, and a grilled banana (weird but super good).

There's also some protests going on in Thailand that seem similar to Occupy Wall Street but I haven't a clue what they were trying to accomplish. There were different camps of protests all over the city. I wandered through one, it was more like a family friendly music festival than a protest, complete with folk band playing on a stage, children eating street food and tshirt vendors selling shirts that said "Restart Thailand" on them. At other points I saw different protest camps that looked less inviting, they'd block off roads and be surrounded by barbed wire and be guarded by what looked like armed guards. Needless to say I avoided those protests.

But they were never an inconvenience and never did I once feel unsafe, something I can't say for most of the US.

Basically I was grinning from ear to ear every day.

After three nights I caught a taxi to the southern bus station (Thailand has a bus network that puts the US to shame) and caught a 10 hour 1st class overnight bus to Ranong for about $14. I waited in Ranong for a few hours and then took a 2 hour ferry ride to the island of Koh Phayam.