We arrived in New Delhi 4 hours late for some reason other than our plane not showing up in Ahmedabad 4 hours late. Mary had arranged for a driver to take us to Agra that night, which is supposed to be about 3 hours away, but took us 6 (everything in India takes minimum twice as long as it should). A lot of this was because we were so late so we had to deal with rush hour traffic in Delhi (which from what I saw was a modern looking, fairly nice city on par with Beijing, which is saying a lot about India, how impressed I was that Delhi was as nice as Beijing) and the rest had to do with our driver being a complete retard. We eventually got out onto the open highway and he was going about 50kph under the speed limit for no reason. He was also wildest swerving in and out of lanes, luckily there were barely any other cars on the road, he was obviously falling asleep at the wheel, but despite us repeatedly asking him, and telling him it was totally fine to pull over or let us drive, he refused, eventually we told him we had to go pee; Mary bought him a big strong tea and talked really loudly the rest of the trip.

Agra is a horribly shitty city, even by Indian standards, but in it is one of the most beautiful buildings in the world, the Taj Mahal. We stayed in a hotel about a 10 minute walk from the Taj, it was really nice, everyone got to take their first shower that wasn't out of a bucket in a week, the next morning we ate by far the best meal we've had in India so far (the Gujaratis, despite being vegetarian, have a horribly unhealthy diet.) I ate 4 bananas and had 3 cups of coffee. I was feeling great.

We spent the morning dealing with our next travel plans (Michelle and I were taking a train to Jaipur, Nick and Mary were headed to Delhi with the same idiot driver so they could fly to Bhutan) then we headed over to the Taj Mahal.

Not much can be said about it that won't ring hollow, it's super beautiful. It's a tomb, for some reason I thought it was a palace. It's got two huge and beautiful red mosques on either side of it (that would be attractions in and of themselves if they weren't right next to the Taj). It was raining, and so my feet got completely soaked because of my broken right shoe, it made the Taj look even more fantastic. It truly is an amazing site to behold and made the whole nightmare trip to and from Agra worth it. 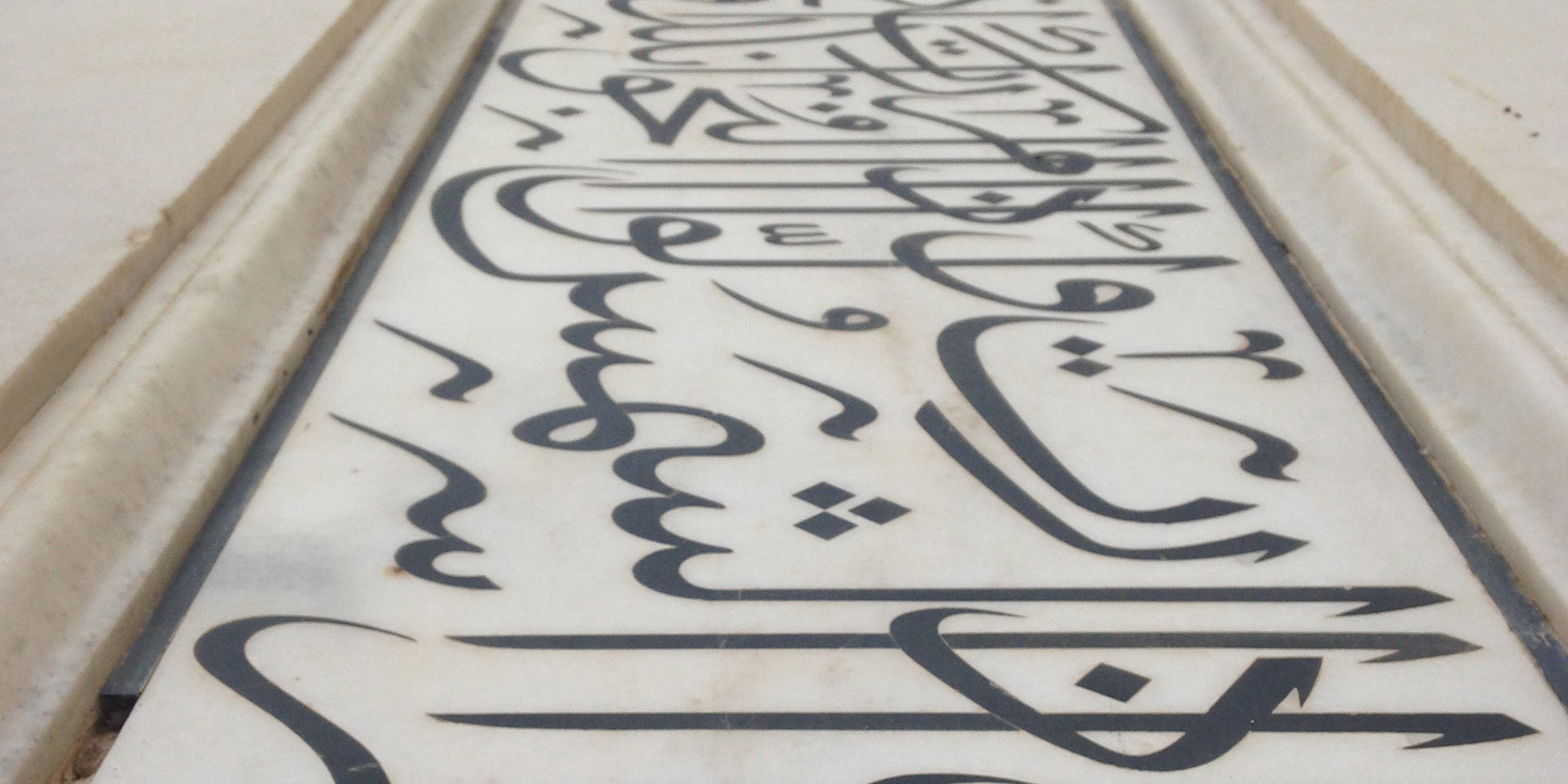 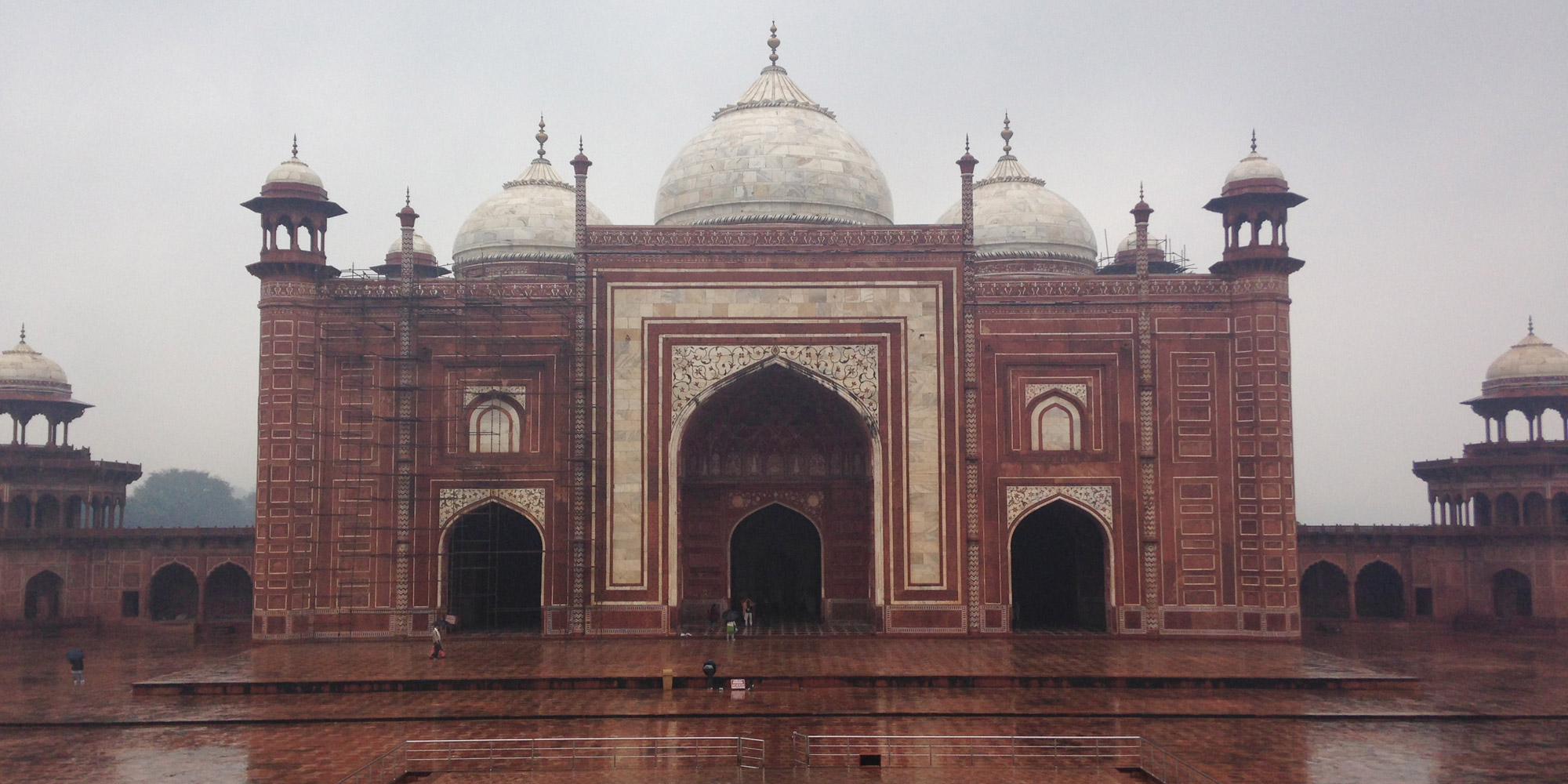 When we booked our train tickets to Jaipur they mysteriously didn't have a time of departure on them. The guy at the front desk of the hotel insisted it left at 4:20, though Michelle found a website saying that it left at 6. We got there at 3:30 and of course the train leaves at 6, it turns out that today was the first day of the new schedule, just our luck.

While we are waiting a wandering shoe shine guy notices my shoe is broken and won't leave me alone until I let him fix it. He sews it up real quick and throws in a shoe shine all for about $2. Not a bad deal. We get harassed by numerous other people during this wait because we made the mistake of being white people.

I've found that you really have I learn to fly by the seat of your pants when in India. I'm all about improvising, and even pride myself on my ability to handle whatever curveballs life throws at me, but it's just constant in India. Everything you try to do comes with a caveat. It's almost funny how consistent the fuckups are. Unfortunately it's not an "oh no change of plans what an adventure" kind of fuckup more of a "ugh my stomach hurts because I'm stressed and dealing with morons and YES EVERYONE I AM WHITE PLEASE TAKE MORE PICTURES WITH ME" kind of fuckup.

Despite my whining I'm still totally enjoying myself here.