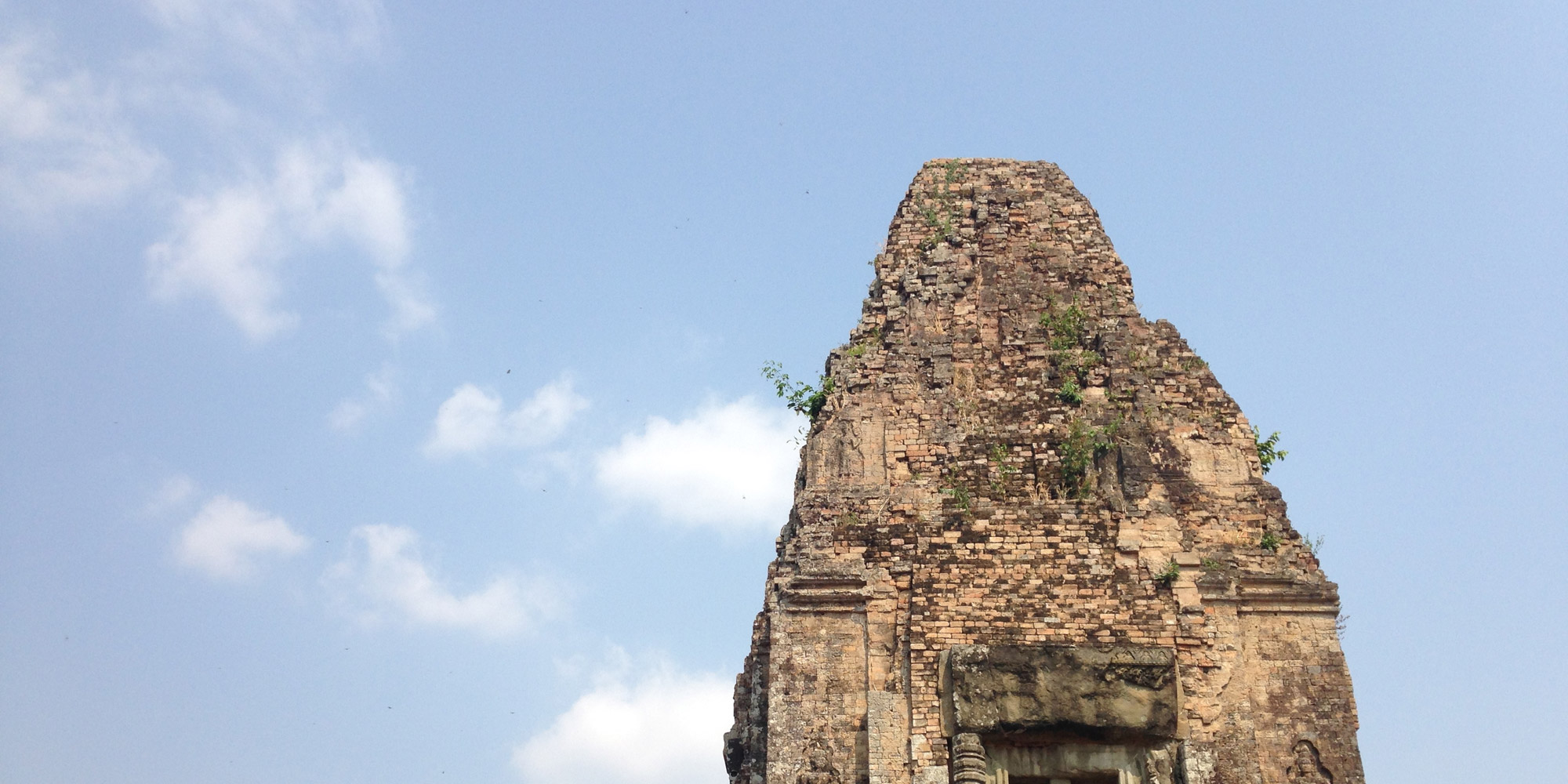 Cambodia is an absolutely beautiful country. It's one of the poorest in the world, and 30 years ago they experienced a horrible dictator Pol Pot and an appalling genocide where up to 3 million Cambodians were killed. Despite this, I found Cambodians to be some of the nicest, happiest and friendliest people I've met on my travels yet. Cambodians also speak surprisingly good English, much better than the rest of their Southeast Asian neighbors. The kids can all seemingly speak about 5 languages fluently.

In theory, Cambodia shares a lot of similarities to India. It's dirty, there's hardly any infrastructure to speak of, most people live in absolute poverty, touts and tuk tuk drivers line the streets, harassing every tourist and local alike ready to part them from their money. In practice, it couldn't feel more different from India, and I think that has to do with the cheerfulness of the Cambodian people. They'll try to scam you, but with a big smile on their face, and the smile never falters, even when you tell them to fuck off.

My first destination in Cambodia was the city of Siam Reap, home of Angkor Wat. To get there from Bangkok is quite the hassle. You take a 7 hour bus ride to the border town of Aranpathet, cross the border on foot, and then arrange for onward travel from there. The border guards in Cambodia are notoriously corrupt, they'll blatantly ask for a bribe. The key is to keep smiling and nodding your head. Cambodia has a dual currency system, US Dollars are used for major amounts (and are what you get from ATMs) and the Cambodian Riel is used for change. There are 4000 riel to a dollar, so you'll pay 2 dollar bills and one 1000 riel bill if your check is for $2.25.

When going through customs I befriended two Americans and and Austrian and we all shared a 3 hour taxi ride to Siam Reap. It cost us $5 each. When we arrived it was about 9 at night and we got dinner at a place called "happy special pizza". Despite the name they serve just about all types of food. They are famous because you can ask for any meal to be "special" and they'll throw a dollop of finely ground weed into it, free of charge. I ate a bowl of amok, a Cambodian fish curry that I found delicious. Then we found a guesthouse, and booked a two bed room. I ended up sharing a bed with the Austrian guy, who's name was Easy.

For the next three days I explored Angkor Wat. I bought a 3 day pass for $40 and rented a bike for the first 2 days to get out there. The ruins are spread across a huge area, and there are over 60 of them, so it's unfeasible to see them all, even in 3 days. I can say though, without a doubt they are the most impressive and least boring cultural site I've ever seen in my life. Most of the temples are over 1000 years old. A trip to Cambodia is absolutely worth it, just to see Angkor Wat. Here's a few pictures I took in those first two days: 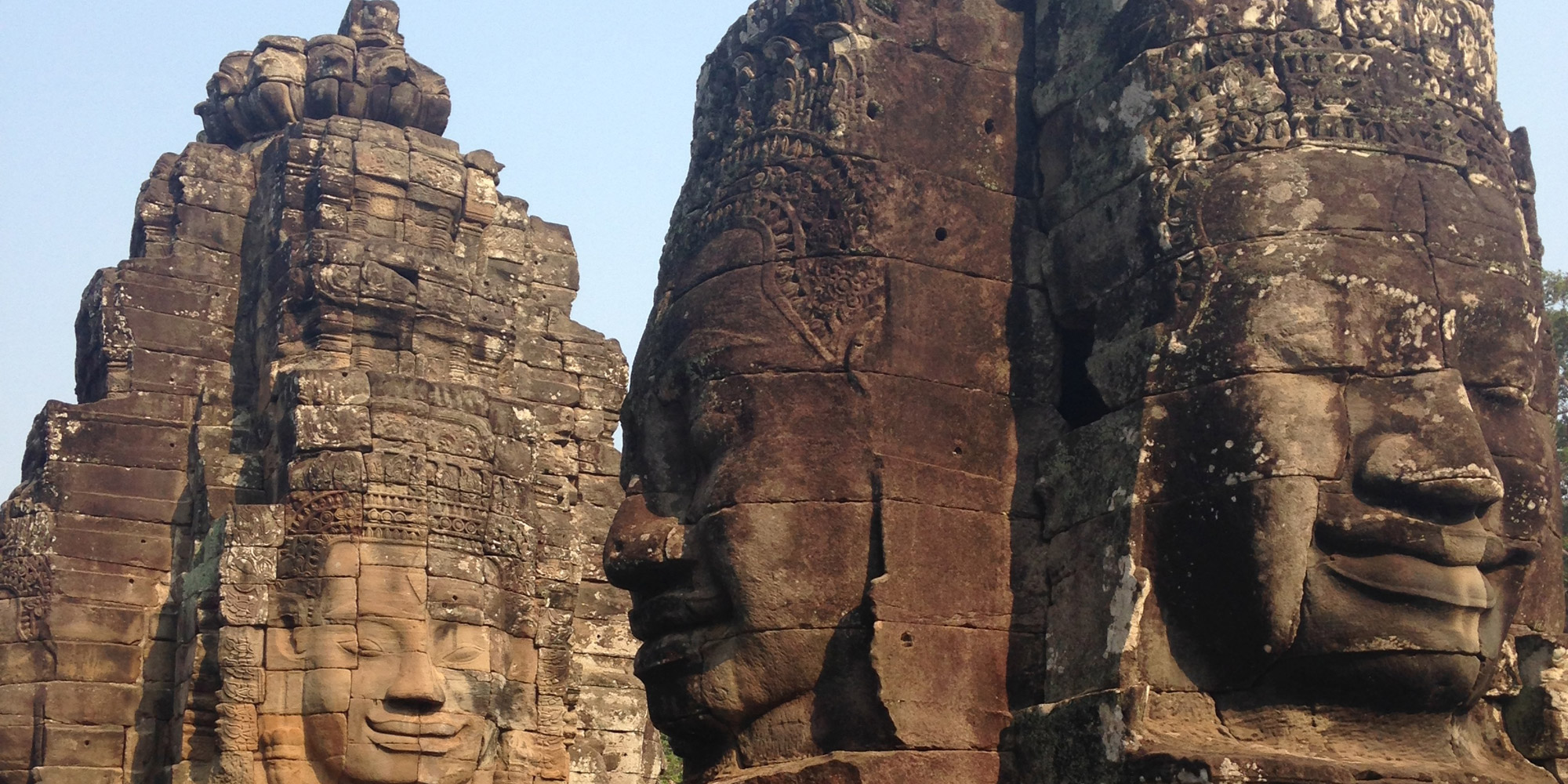 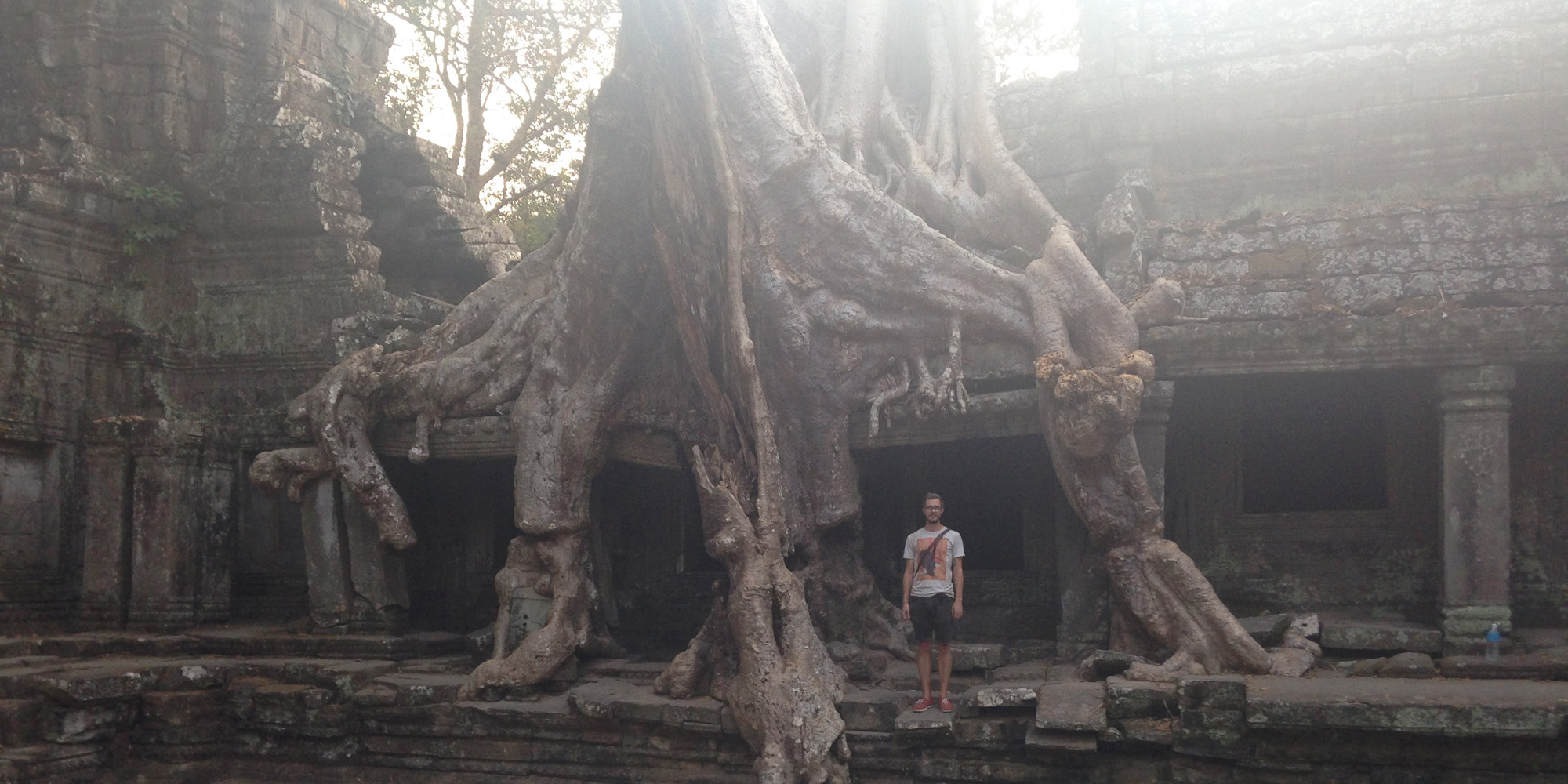 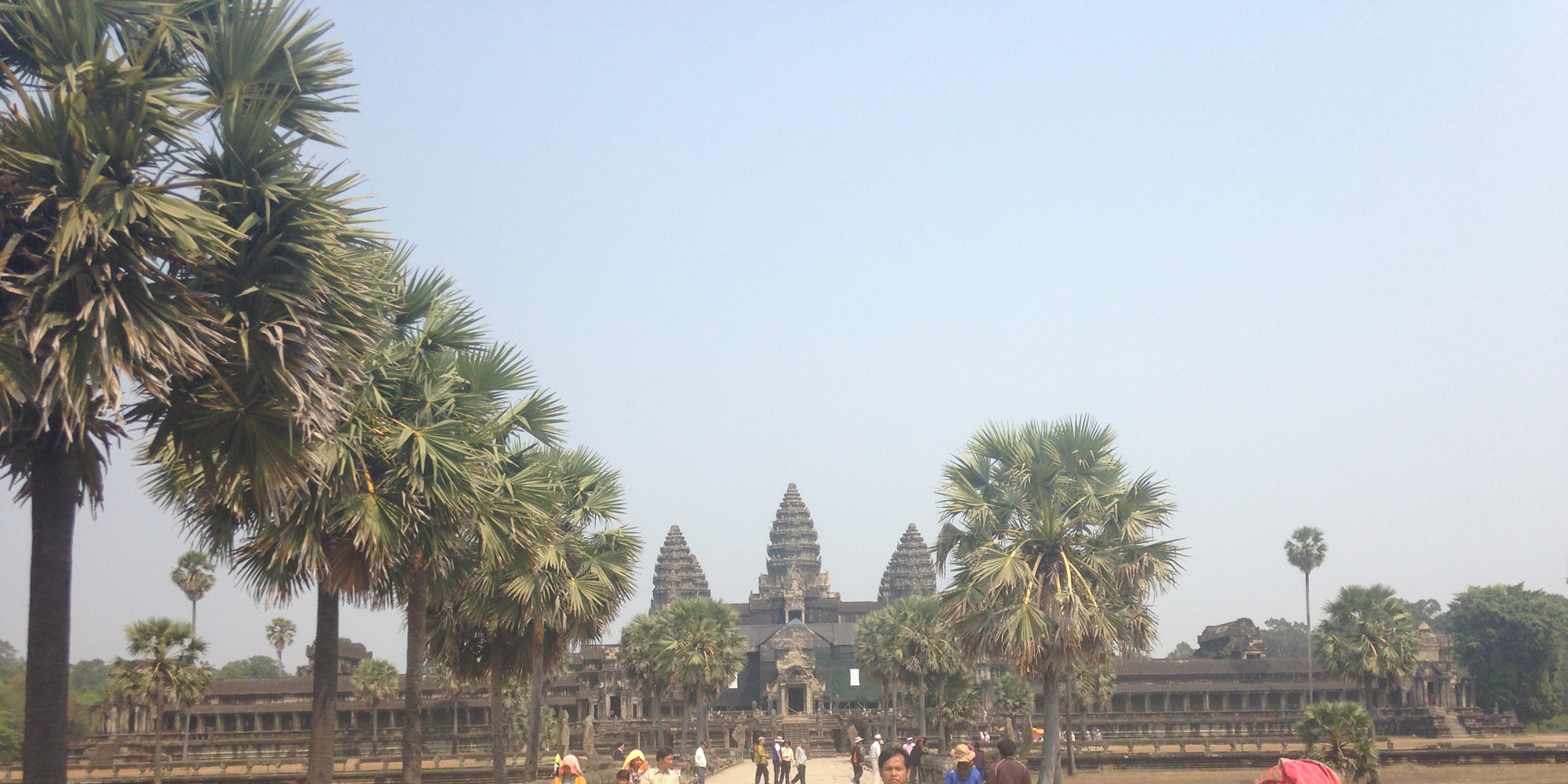 The last day of my 3 days I hired a motorbike driver to take me to some of the more far flung temples. We visited "the ladies temple" which is about 50km outside of Siam Reap. We also went to another site that wasn't a temple at all, but a 2km hike up a jungle mountain. This doesn't sound too far but when it's 100 degrees out with 90% humidity it can be more that a bit difficult. Once you arrive at the too yours rewarded with a lovely stream and waterfall and lots of ancient Hindu carvings. 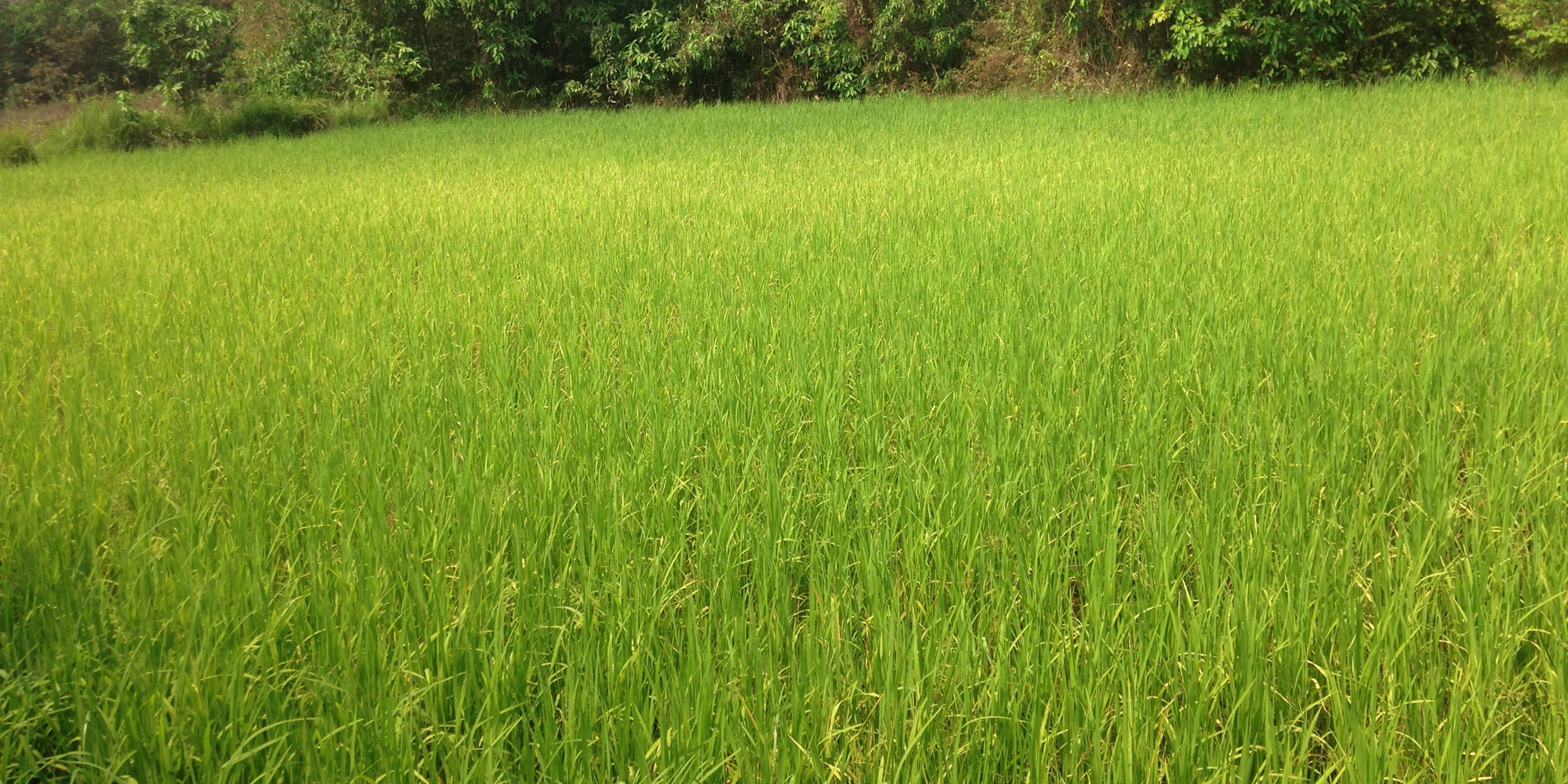 The next day I took a bus to Phnom Penh, the capital of Cambodia. It was supposed to take 4 hours but seeing as Cambodia only has about 4 "highways" and this one was heavily under construction it took more like 8. Phnom Penh is much bigger and dirtier than Siam Reap but it's along the Mekong and has a lovely riverside. It was here that I visited the killing fields, one of over 300 mass graves/execution grounds from the Cambodian Genocide in the late 70s. I also visited the Genocide museum which is in an old school that was turned into a torture prison and then into a museum. As you might imagine this was a depressing day, your heart can't help but go out to all the wonderful, resilient Cambodian people. 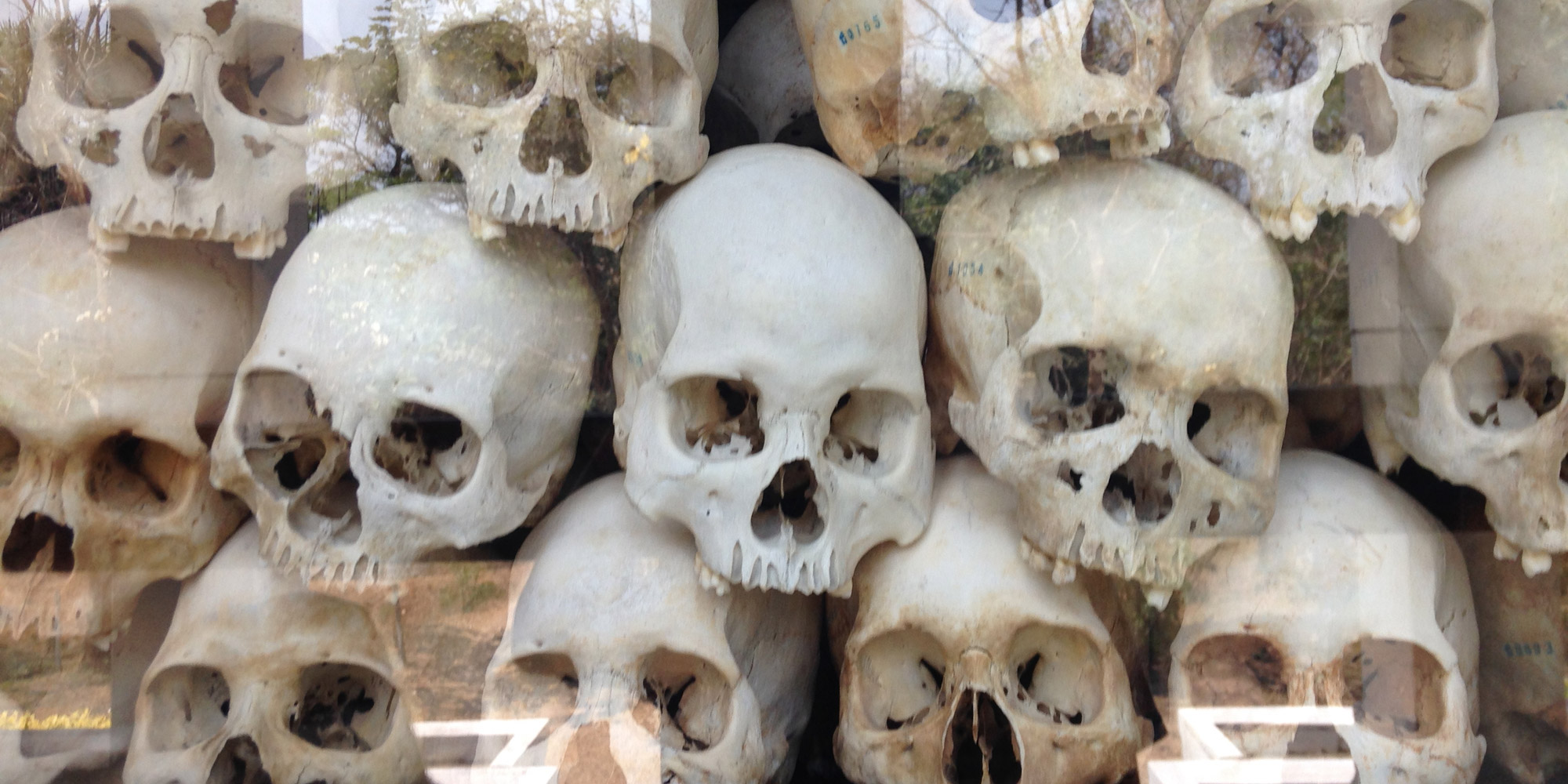 The following day I spent doing paperwork to get my Vietnamese visa, getting the visa, then relaxing. I enjoyed one last day in Cambodia and then I was off to Vietnam.