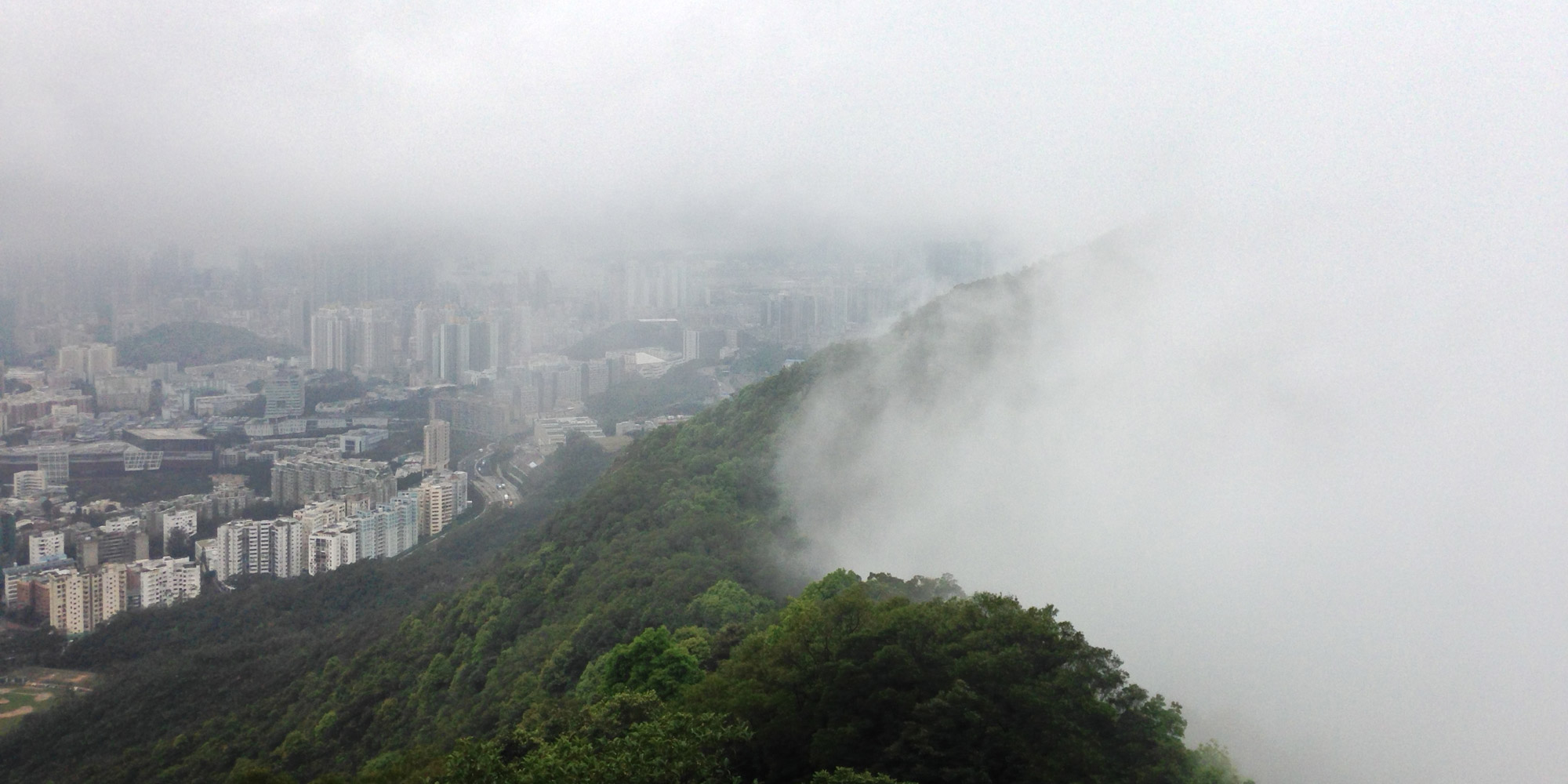 Except for my very last day, it rained every single day I was in Hong Kong. Still, I somehow managed to enjoy the shit out of it.

Hong Kong is a weird place, culturally. It's like China, but way ahead of the curve and everyone speaks English. It's like England a bit too. It's also crazily obsessed with money and wealth, and lacking a distinct culture. Allison described it to me as "much better Shanghai" and I think that's pretty accurate. 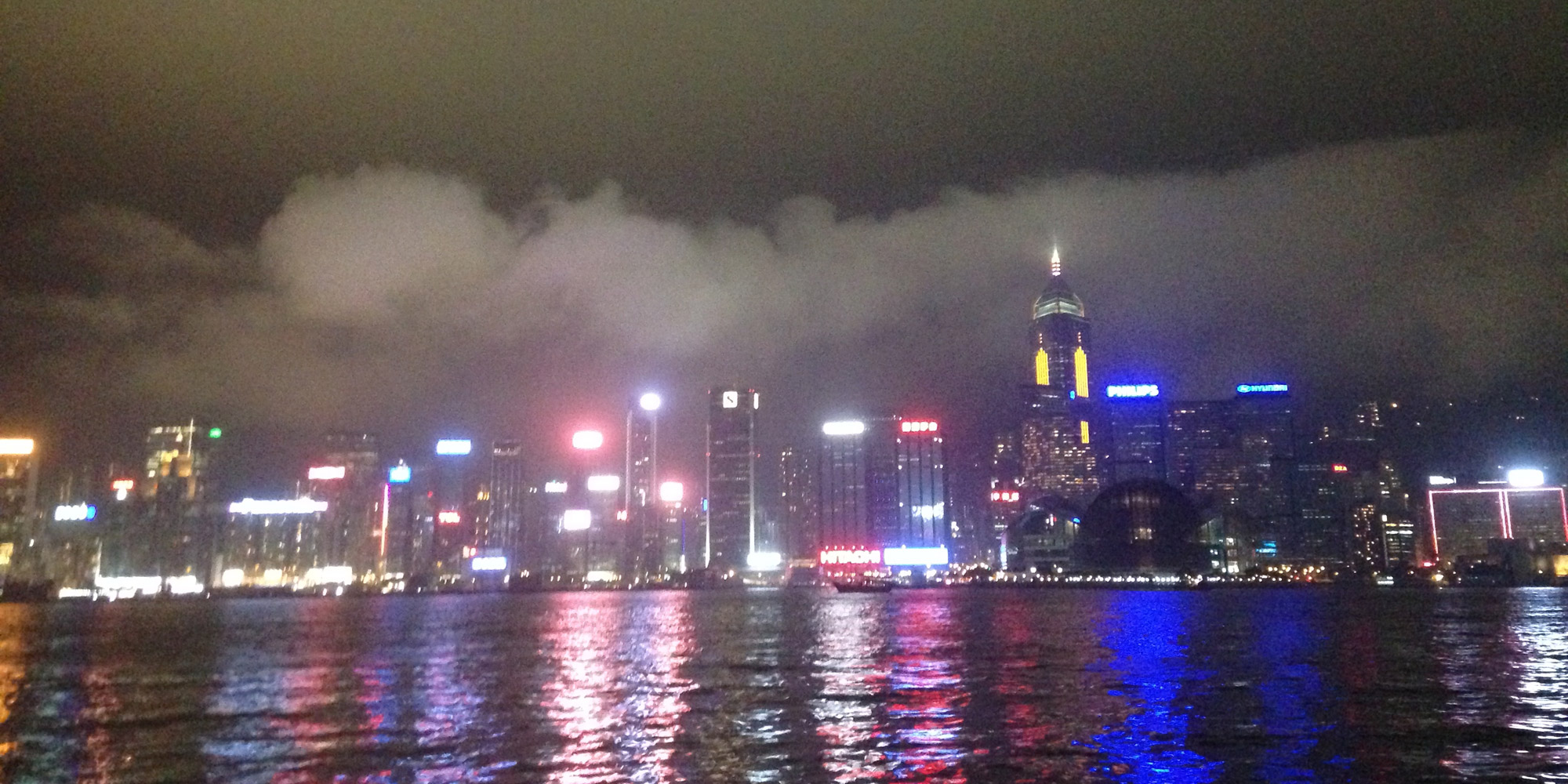 Most surprising to me was how nature-y the whole place was. Southern Californians often brag how you are always within a few hours of the beach or the forest or the mountains. In Hong Kong you're never more than a few minutes. 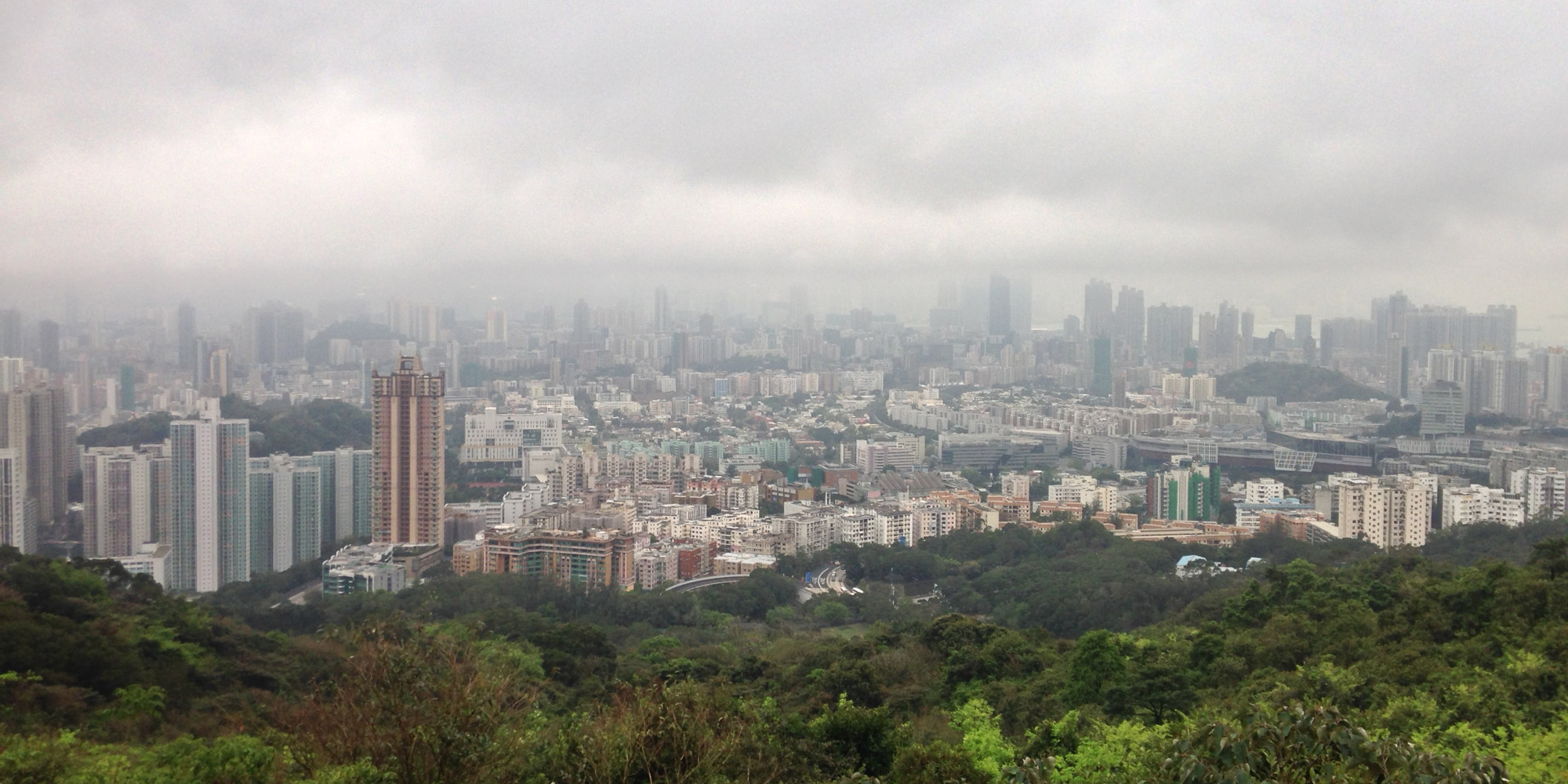 I arrived at like 11pm on a Friday night and took the train into the city (Sidenote: Hong Kong has an amazing subway system, as all the locals will be sure to let you know) where I saw a shocking number of drunk white people. I guess I had spent too much time in Vietnam, I hadn't seen that many white people in one place since Angkor Wat!

Hong Kong the country is split up among smaller areas, Hong Kong Island, Kowloon Peninsula and The New Territories. My hostel was on Kowloon but from the airport I had to go to Hong Kong island to transfer to a train to Kowloon.

My hostel was on the 14th floor of the Hariela Mansions, which is essentially a giant, somewhat shitty apartment building. It was right across the street from the famous Chungking Mansion. The hostel itself was definitely a repurposed apartment. There were three rooms in a place the same size as my New York Apartment, each room had 5 triple-stacked bunk beds. And during the weekend I was paying $36 per night. Keep in mind in Vietnam I could get a whole nice hotel room to myself for $11. So I guess taking advantage of the extremely low SE Asian prices was over.

That first night I just went to bed right away, though I never slept great while i was, turns out 15 bodies jammed into a small room can really up the temperature, not to mention the noise level.

The next day I didn't do too much exciting stuff, my main mission was to walk to a mall and get a new battery for my laptop, as Hong Kong is the first country since I was in China that had an apple store. So I did that, and actually got to walk through a real nice and peaceful and beautiful part of town, and it didn't rain too much. I had to wait for a few hours for it to get fixed so while I did I took the subway back to Hong Kong island and accidentally stumbled upon the worlds longest escalator. And I ran into a Motorino pizza place, who knew they had one here. After picking up my computer I walked through some markets in Mong Kok and drank some fresh carrot-orange-pear juice. That night I went to a Macau restaurant down the street from my hostel that was alright; Macau food (Macauneese?) food is basically a combination of Chinese and Portuguese. So it's interesting, but it wasn't great. This night I learned a valuable lesson: Hong Kong is much more like the US in that you have to do your research before you go eat; if you choose somewhere random it's likely not going to be very good. Unlike the rest of SE Asia where you can basically wander to any roadside stall and it's going to be incredible.

Despite the fact that it was raining every single day I basically did 2 things every day while I was in Hong Kong: went on hikes and ate food. Since Hong Kong is the most nature-integrated city I've ever seen there's a huge preponderance of hiking trails. The first day I walked up to Victoria Peak which is a great and strenuous hike if you start from Central but it was so foggy at the top I could hardly see anything (this is pretty much the case for all the hikes I took). It's especially fun though because you're really right in the middle of the city for most of the hike, even though it's extreme steep. It's like walking up an MC Escher painting. 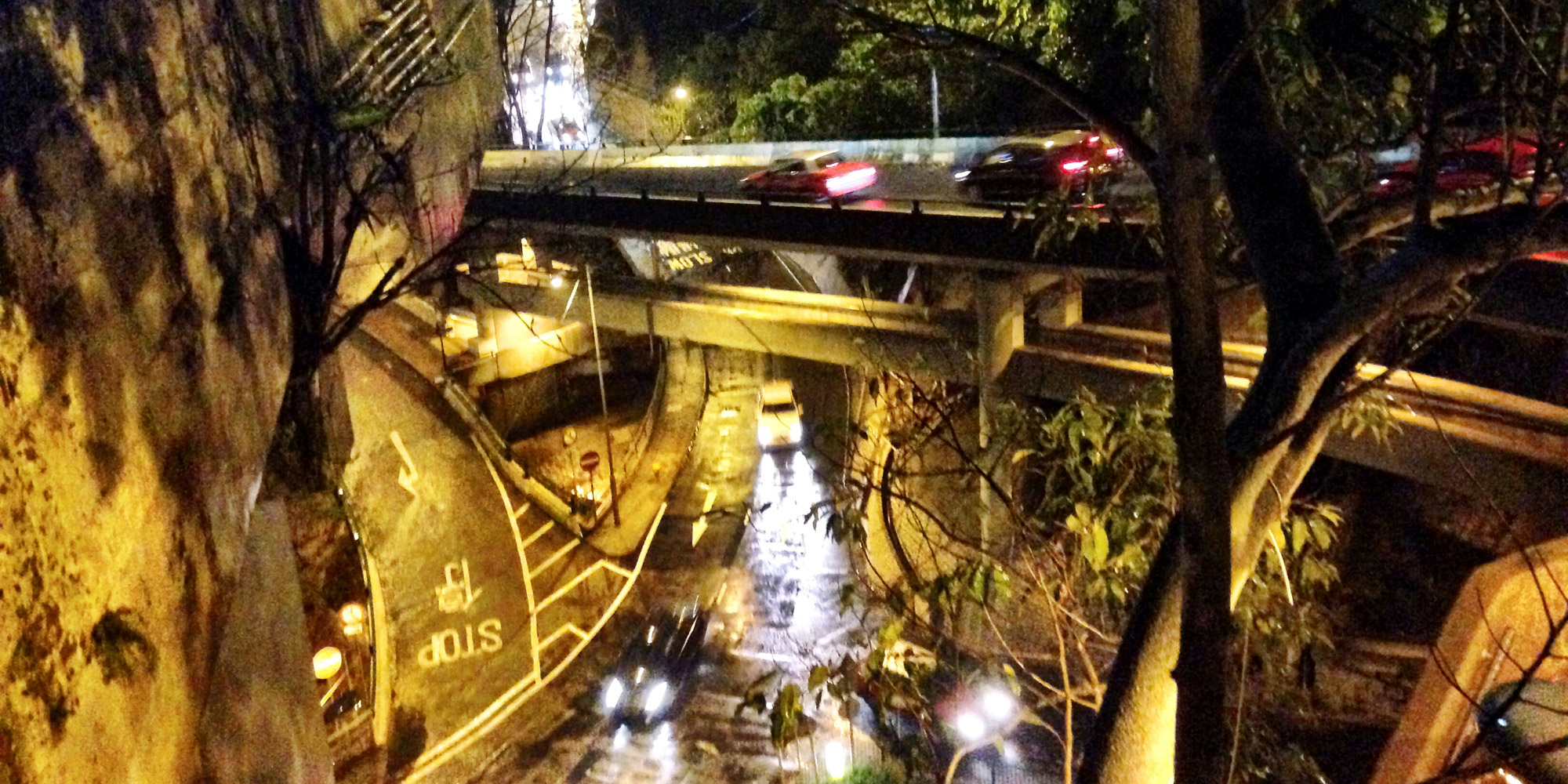 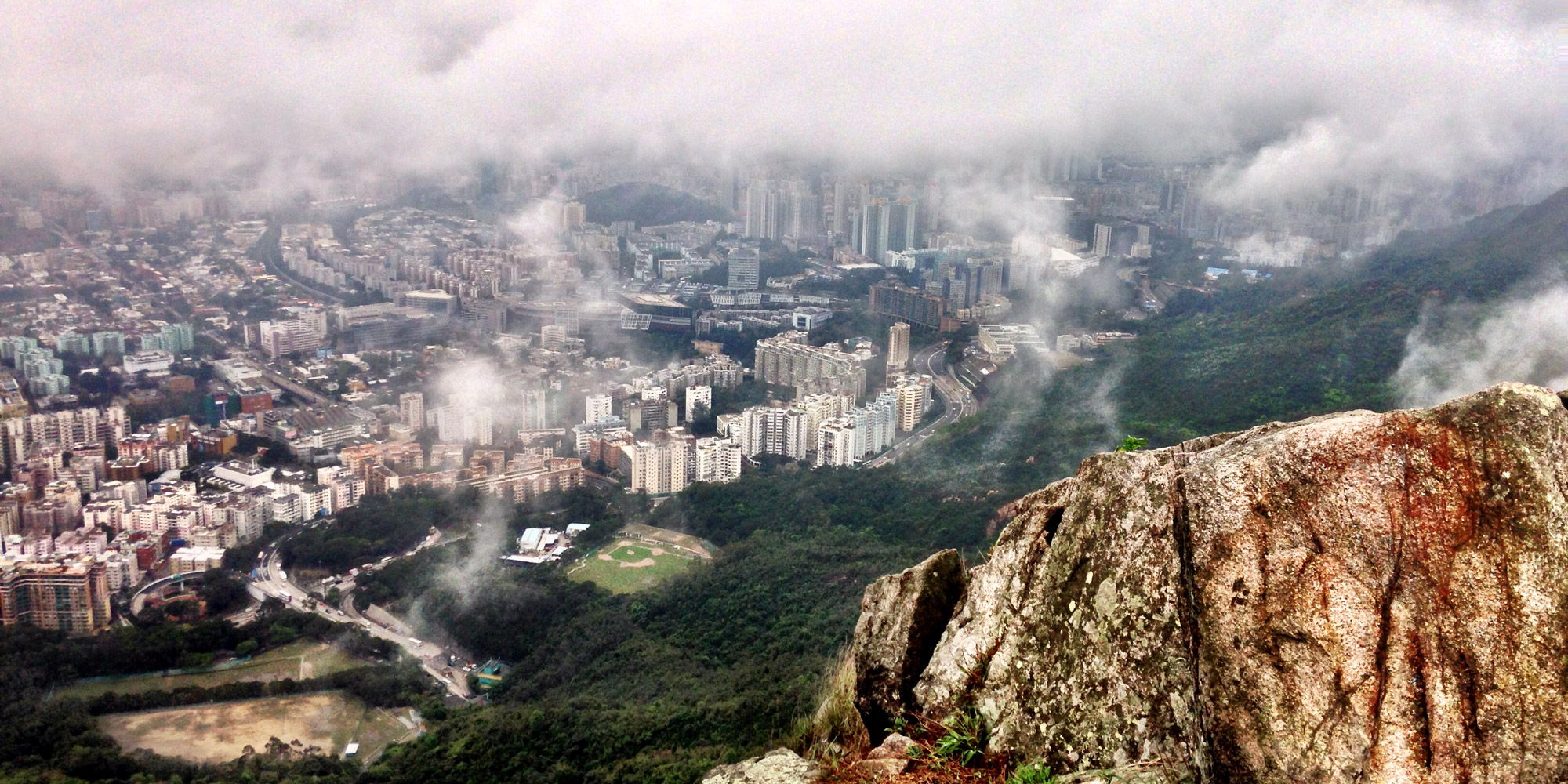 The only dish that Hong Kong is known for is Dim Sum, which isn't even really a dish but more of a style of restaurant. Being a very multicultural city means you can get excellent foods of just about all kinds. While I was there I had: a fantastic burger, soup dumplings, pork buns, pizza, Roast Goose (it's like duck but better), Salmon Cesar Salad, Egg Waffles, tons of Candy, Potato chips that are pizza flavored and have actual cheese melted in them. It's entirely possible I'll be much father after Hong Kong.

One day it was raining really hard so I decided to go to the Hong Kong Art Museum, which was pretty cool, though mostly just one big exhibit. Another day I was feeling sick but I took a ferry ride to Lantau island and pretty much turned around as soon as I got there. 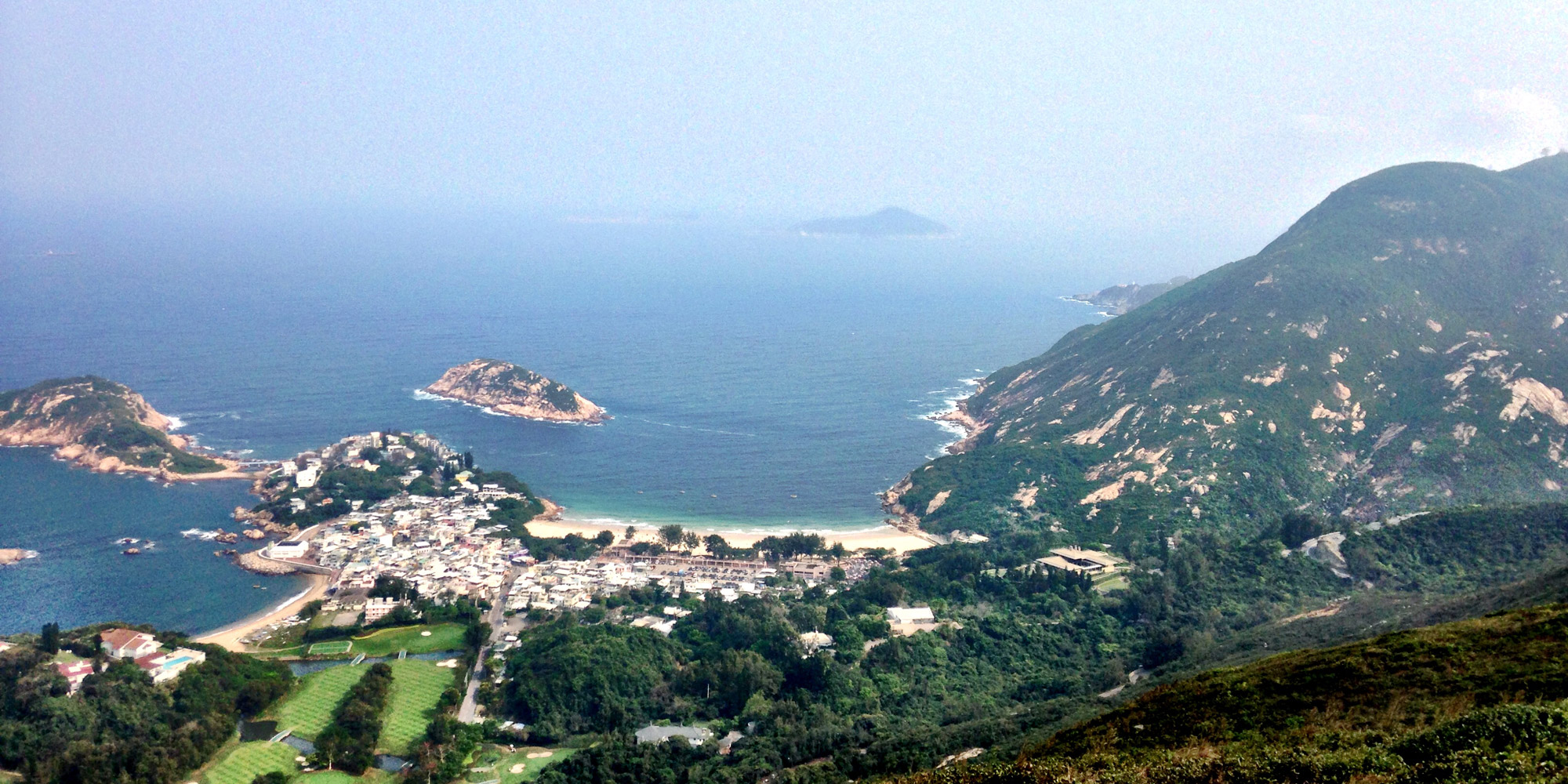 On my last day in HK I had a flight at 11:50pm, and it was the first time I saw sun all week! And the first day it didn't rain Oce. I decided to celebrate by walking "the Dragons Back", the most famously beautiful hiking trail in Hong Kong. And it was super beautiful, though I'm sure seeing the sun really helped my opinion of the day. The hike isn't very long or particularly difficult though so I decided to walk all the way back to the other side of Hong Kong island, which took me about 4 hours after already having hiked for 2-3 hours, afterwards I was exhausted but it was great because at this point I had pretty much seen the entirety of Hong Kong island an a large portion of Kowloon too.

That night I headed to the airport and flew to Tokyo.