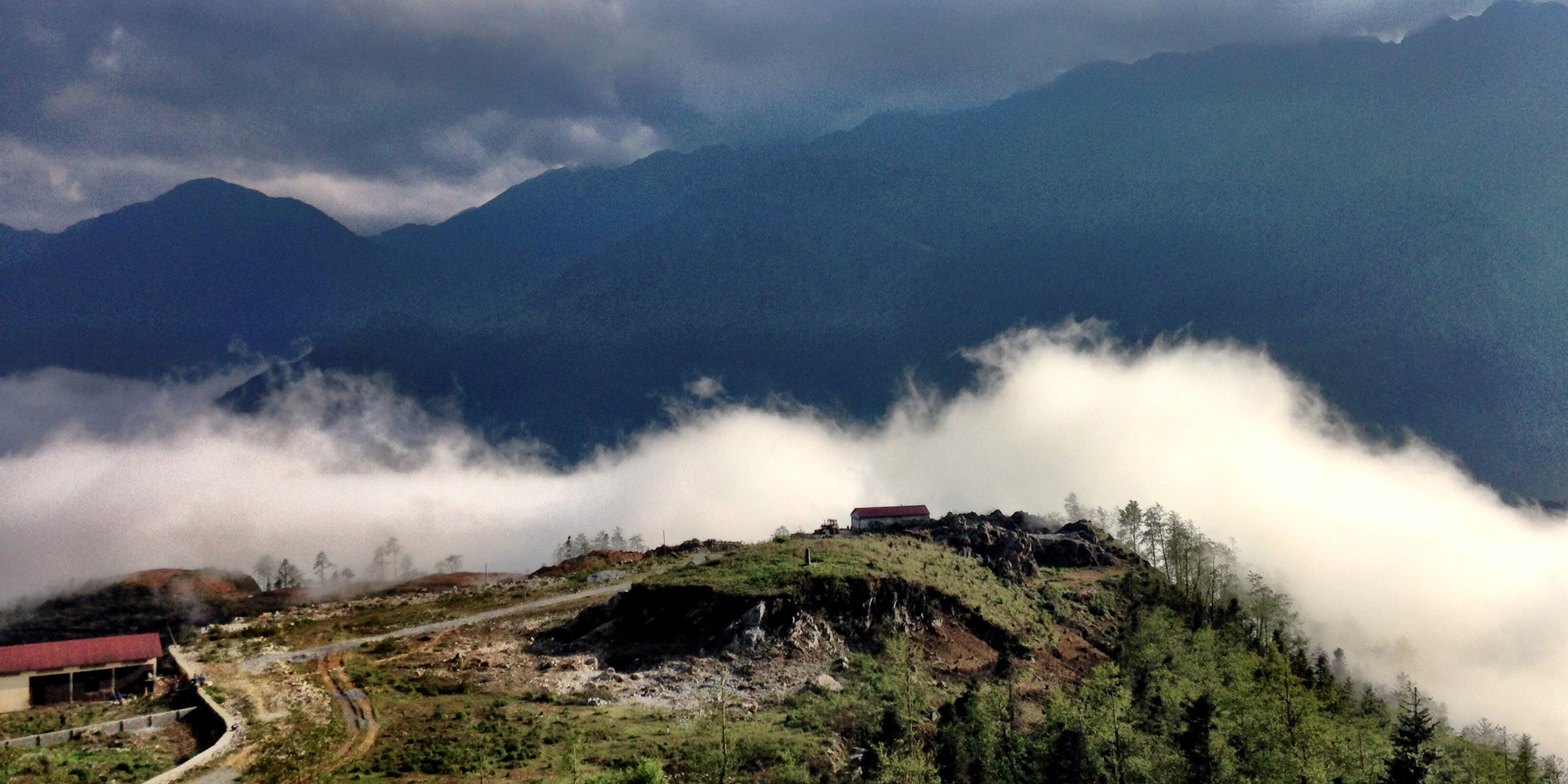 Coming into Hanoi I had pretty low expectations. Just about everyone had told me that Northerners are assholes. While waiting for my plane I struck up a conversation with a professor of history, he almost immediately launched into a rant about how much he hates northerners and the north, and for me to please not judge the whole of Vietnam by the north; he finished the conversation with a whispered: "Fuck Ho Chi Minh". So obviously I expected the north to be a hellhole. 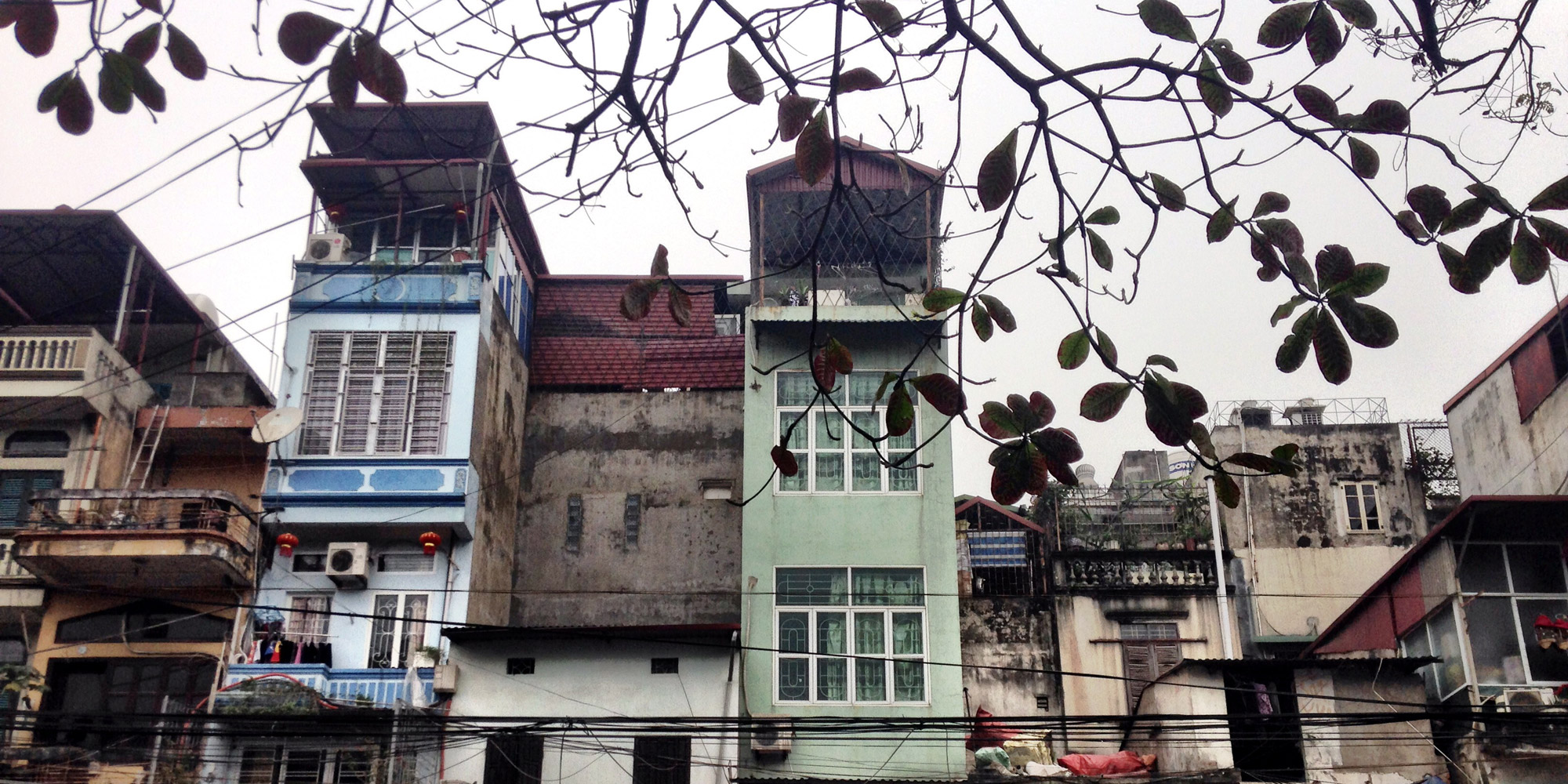 I found it to be anything but. Hanoi is much more what I expected HCMC to be like, older, narrower streets, even more hectic motorbikes, etc. It was still at it's core a very beautiful city. And the people were totally nice the whole time. It might just be me being white but while in the north I had so many people smile at me wave and say "hello!". The only thing that I found to be annoying about Northerners is their penchant for parking motorbikes on the sidewalk and for generally being unaware of their surroundings on the sidewalk (though this is true for Asians in general). 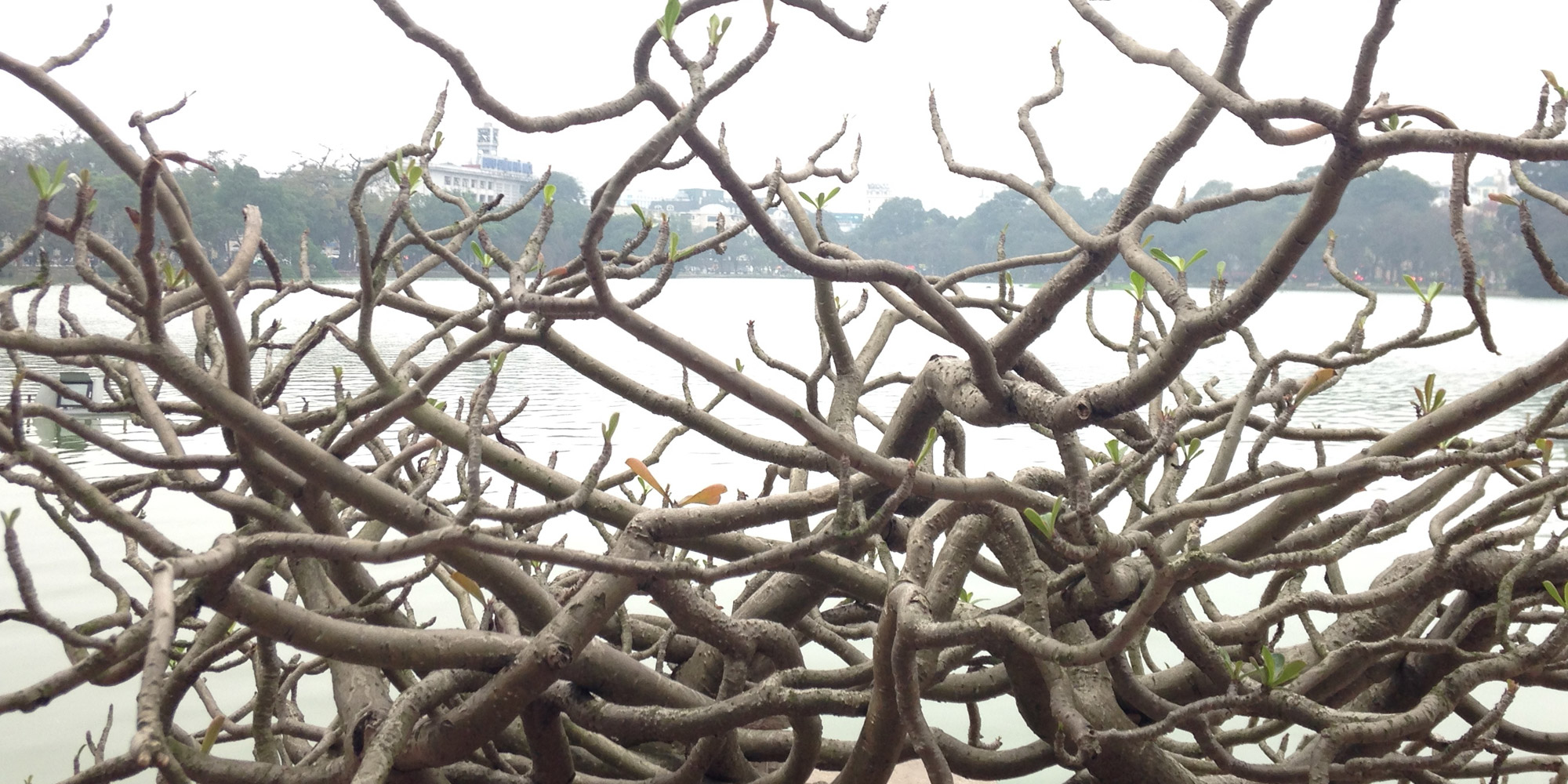 The food in Hanoi is even better than HCMC. Just like in the US, big cities easily beat out smaller towns for quality and cheapness of food, and Hanoi takes the cake in Vietnam. If it's nothing else, Hanoi is probably the tastiest city I've visited so far. My first night there I ate at a Pho Bo (beef pho) place down the street from my hostel, I must have gone there at least 5 more times, without a doubt the best pho I've ever eaten.

I did a lot of wandering in Hanoi; there's a lake right in the middle of town which is quite pretty and nice to walk around, it's surrounded by markets and stores and tourist attractions, most of which I avoided, including the "water puppets show". I did go to a lot of Ho Chi Minh based tourist attractions though, like his mausoleum, where you can see his vacuum-packed body, Lenin-style, unfortunately it closes at the inexplicable hour of 10:30am so I only got to see the outside. I did see the old presidential palace and grounds (dude had great taste in cars and furnishings) and the Ho Chi Minh museum which is a pretty hilarious propaganda filled place that's surprisingly well designed. I also went to the temple of literature, which was the first university in Vietnam and super pretty mostly because it's a simple but elegant wooden temple, unlike the ostentatious golden monstrosities around the rest of South East Asia. 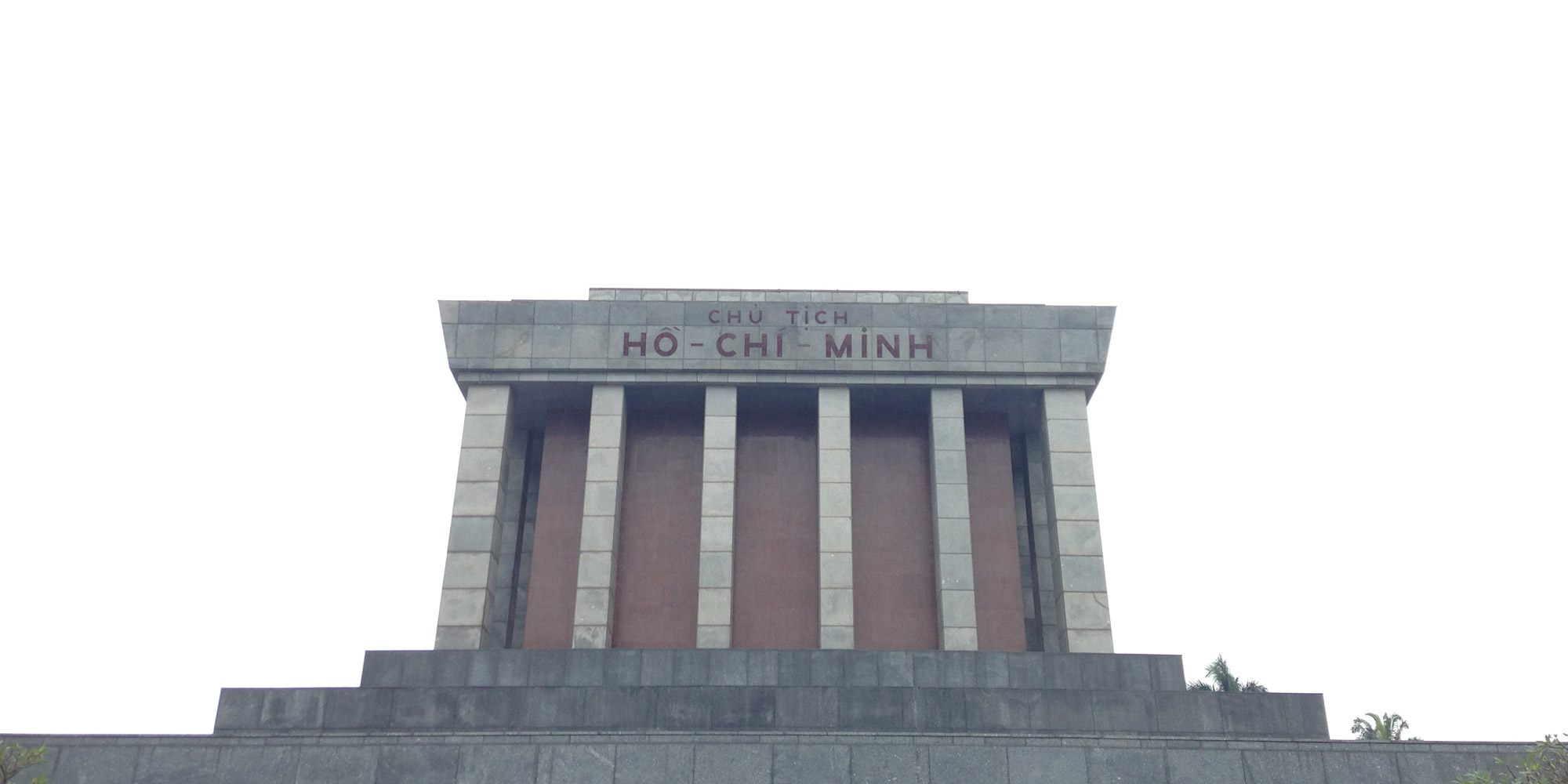 Next I took a sleeper train to Sapa, a small mountain town in far north Vietnam, very close to the Chinese border. It has the air of a ski-resort town, even though there is no skiing to be done. It's proximity to lots of Hmong and other native peoples villages makes it a popular tourist destination. While I was there the weather was super unpredictable, fog would roll in in a matter of minutes and you hardly be able to see 20 feet away. Suddenly the fog would disappear and you'd have blue skies. This happened about 10 times a day. 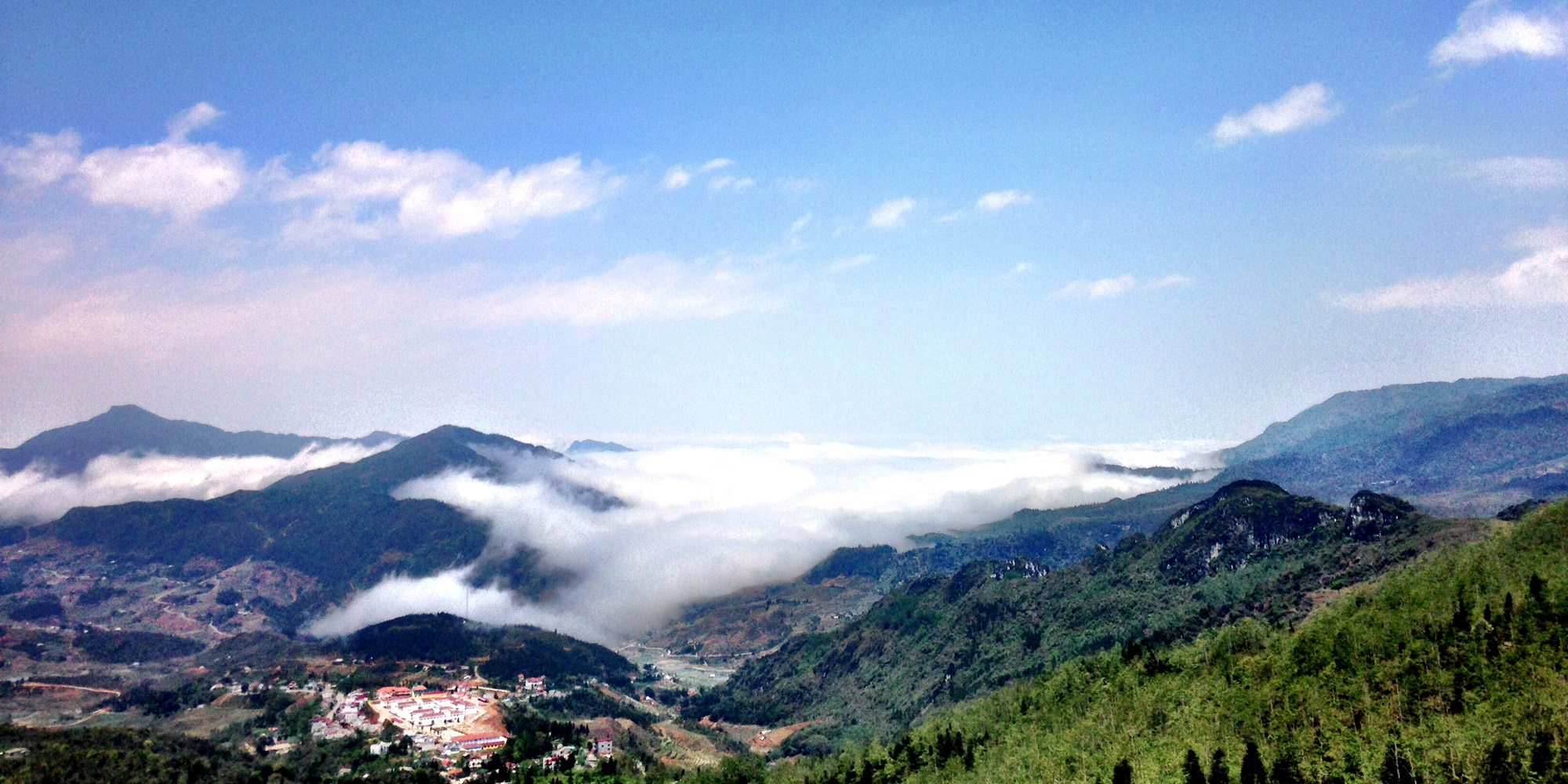 I got a lot of exercise while I was in Sapa which was well needed, my first day there I spent climbing a nearby mountain, going off the trail to reach the highest possible peaks. For some reason this trip has made me want to climb every mountain I've come across.

The following day I walked to a nearby waterfall called "the silver falls". The fails themselves were pretty un impressive but the 12km each way walk was super beautiful and somewhat peaceful.

The last day I went to go hike towards some Hmong Villages and hired a Hmong guide on the way. And by "hired" I mean she kept walking with me and refusing to leave me alone until I paid her 5 bucks to walk me to her home. This turned out to be a great deal as her home was almost 20km away. I asked her name and she told me "Jew". I highly doubt that's how you spell it but she pronounced it exactly like that. She was quite the character, 53 years old with 6 kids and 7 grand kids, she handled the hike with ease. Her friend "Shay" tagged along too, she seemed a but younger and kept continually talking about how hungry she was. We walked through village after village, through beautiful lush terraced mountainsides and valleys, seeing all sorts of different native ethnic groups. Eventually we made it to Jew's house where she made a noodle, egg, rice and pork dish with some greens she picked from her garden and sautéed. I don't know what the greens were but goddamn were they good. I have a million hilarious stories about Jew, you'll have to ask me about her next time you see me.

I took another overnight train back to Hanoi and was there for a night. I hit up all my old favorite places to eat and got all of the Vietnam classics before I left. Then I said goodbye to my favorite country so far and said hello to Hong Kong.