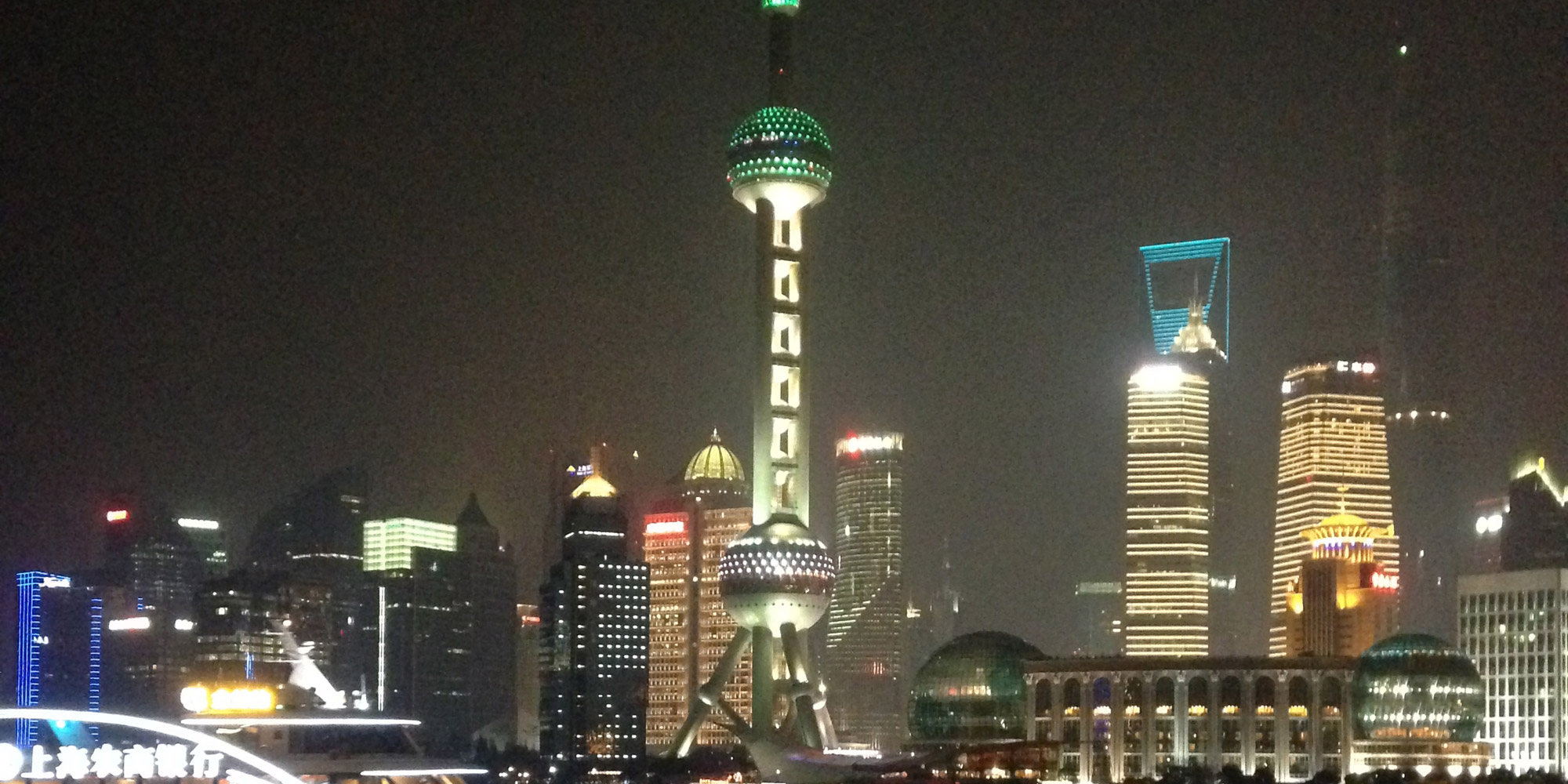 I then flew to to Shanghai, which is only about a 2 hour flight from Seoul. You have to have a visa to get into mainland China as an American, luckily the chinese visa getting process is a breeze compared to the Indian visa process.

The first thing you notice about Shanghai compared to Seoul is it's much grimier. The metro isn't nearly as nice and the people are much pushier. There are way less signs in English and even less people who speak it.

I took the metro into the center of the city to find my hostel which is right on a small river. The hostel costs $9 a night.

Korean currency is a Won, it's almost exactly 1,000W to 1 usd so doing conversions in your head is a snap. In china it's the yuan, there are 16 yuan to the dollar, which is a lot more difficult to calculate on the fly.

My hostel was absolutely chock full of Chinese people. This came as a shock to me from my experience in Europe in hostels, where they are generally full of foreigners. My bed is supremely uncomfortable.

The first few days I spend working on a freelance project I have been neglecting. I found a beautiful coworking space in the French concession called LOHAUS where I spend a few days working. The employees show me lots of local restaurants, my favorite of which serves a huge pot of lamb stew and noodles which costs us about $5 each.

Afterwards. I met a few chinese guys at my hostel and hung out with them.

The first was "Evan" an 18 year old student who was in shanghai to apply for his visa so he could visit the US for 2 weeks. He approached me and was extremely excited to practice his English with someone who spoke it natively. He loved American movies and American culture and wanted to talk about them at length, and I obliged him because a) I hadn't had much by the way of conversation in the last few days and b) he was adorable. We ate some dinner together, the highlight of which was an egg and tomato dish. The next day we went to Pudong, which is the area with all the huge buildings on the opposite side of the river from the bund. We just kind of walked around for a bit and eventually he had to head to the train station to get back to school.

The next day I went back to LOHAUS and used up the last of the co-working hours I had prepaid for. It was New Year's Eve. They were having a party and I promised I'd come back for it. I went back to the hostel around dinner time and took a shower. There I met Richard, who was sleeping in the bed across from mine. Richard is 25 and was in shanghai interviewing for jobs. He actually got his masters in civil engineering from USC so we had lots of LA discussions. I invited him along to the LOHAUS party and he came.

We got there and there were about 10 people having a nice sit down, which I've since learned is pretty typical for a chinese party. We are some food and drank some champagne. I spent most of the night talking to the owner of LOHAUS who is a nice Canadian ex-patriat but is also hilariously socially awkward. I gathered he wanted to be associated with Shanghai and not Canada, and as the only other white man present I was killing his vibe. 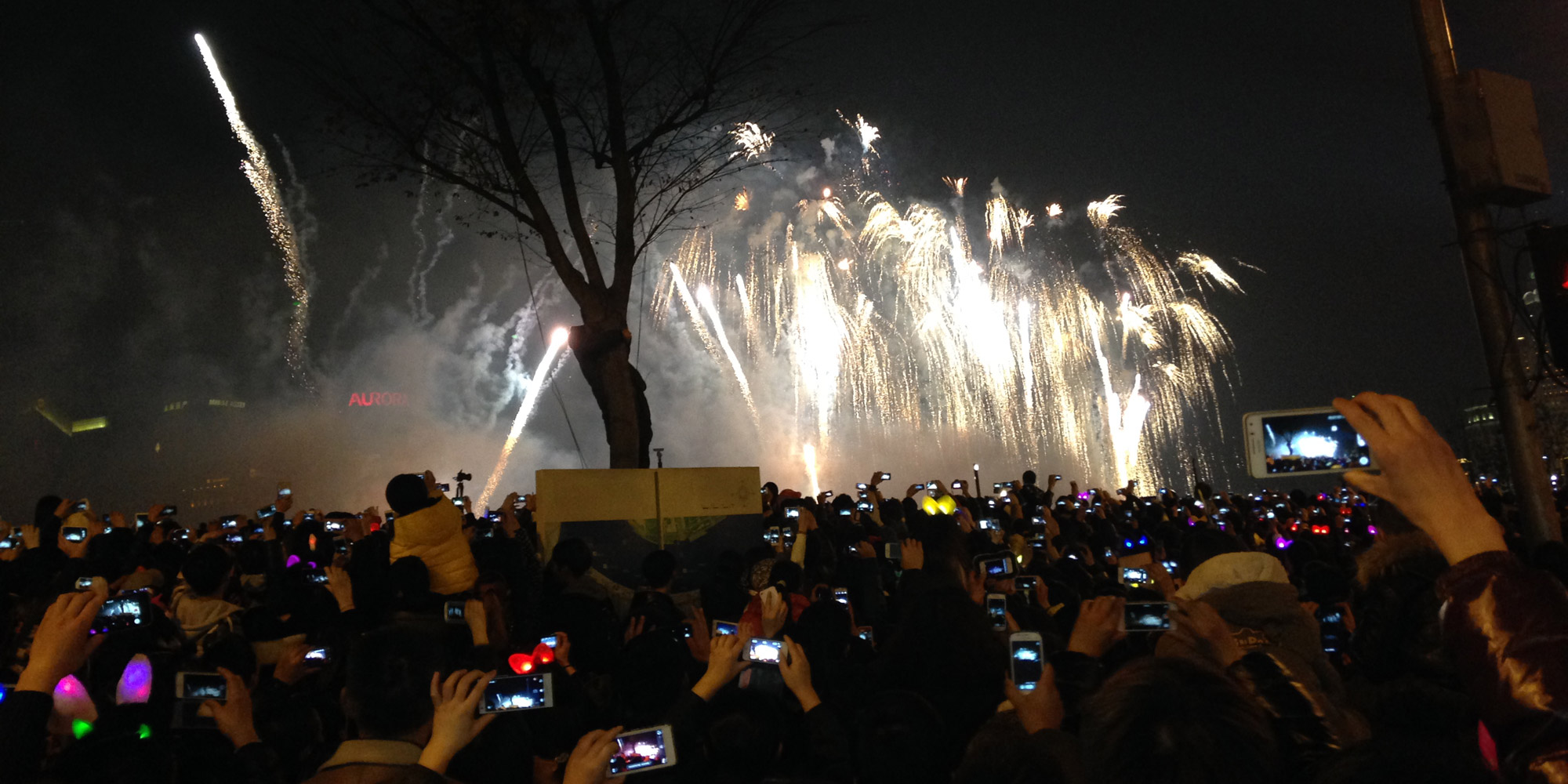 We stayed till about 10 and then Richard and I decided to head for the Bund, where the main Shanghai New Years celebration was happening. Think Times Square x10. We got off the subway 2 stops early because it's impossible to navigate to the Bund otherwise. TOO MANY PEOPLE. It's literally the most people I have ever seen in my entire life. We spent the next hour and a half navigating through absolutely ridiculous crowds of people and made it to the Bund.

On the side of the most famous building on the bund (some fancy looking European thing) they were doing a 4D projection (whatever that means). It looked awesome but we couldn't really see it as we were at an extreme angle. At midnight we saw a stellar fireworks show, then we headed home. 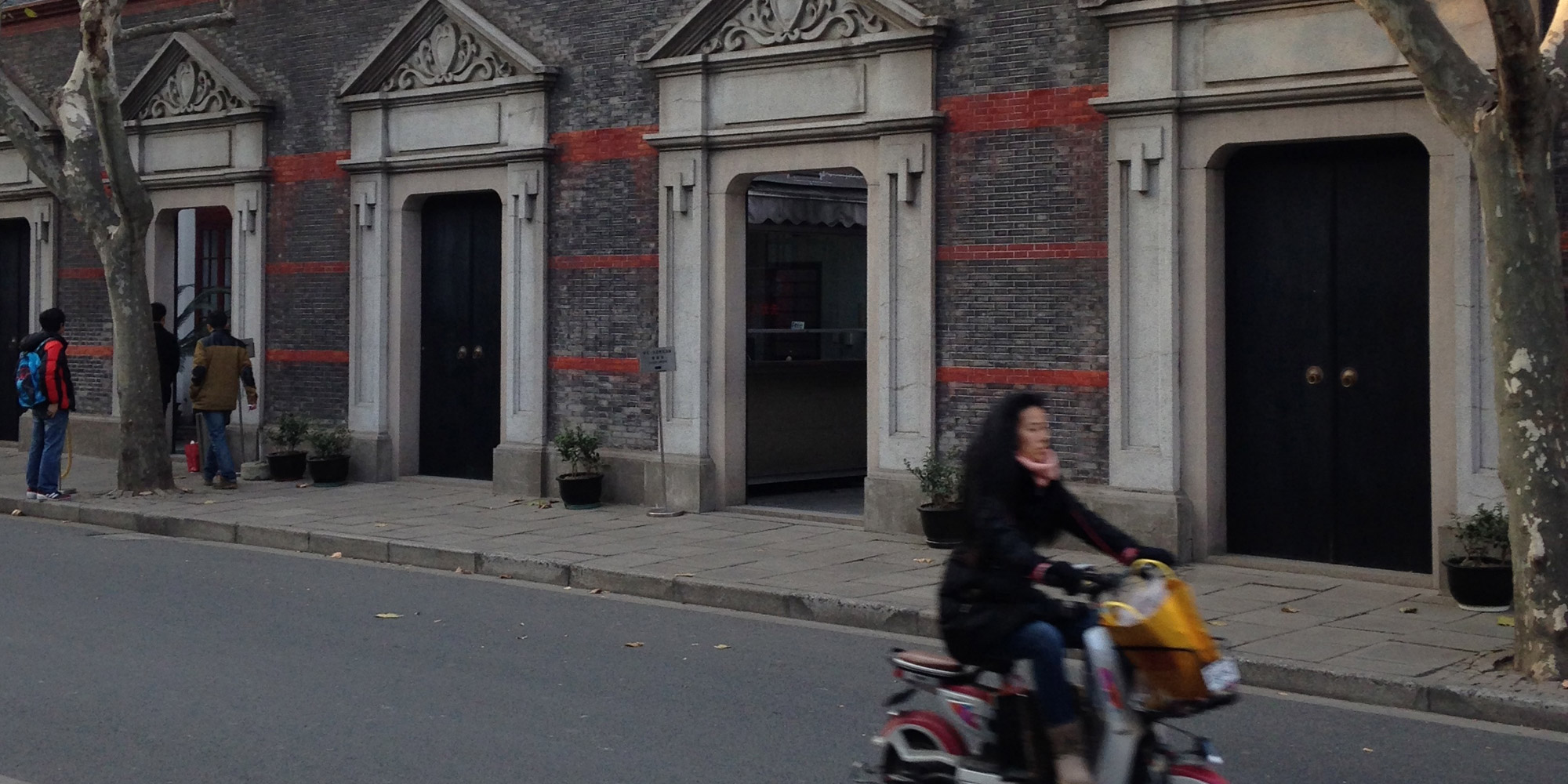 The next day Richard and I went to E. Shaanxi road, which is a huge shopping and eating pedestrian street. Like an enormous 3rd street promenade. We went to Uniqlo so I could get some thermal underwear for Beijing and Harbin (more on that later), and ate some lunch. Then we went to Anfu Road which is sort of a hip neighborhood popular with young people. It's really beautiful, lots of new shops and restaurants in these old European style buildings. And very shishi, from what I understand. We had a beer, then I had to head to the train station to catch my overnight train to Huangshan.